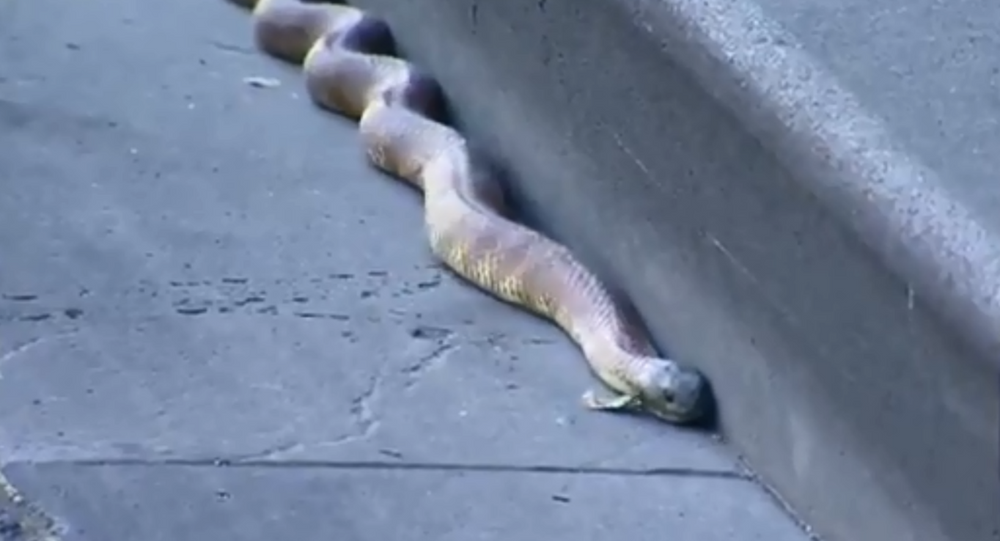 On Thursday, residents of central Melbourne got a surprise after a deadly tiger snake decided to make an appearance in the busy city streets.

Spotted near the corner of Spencer and Collins streets, the area was soon cordoned off by police after concerned commuters alerted officials.

​"Please avoid the corner of Collins & Spencer streets," the City of Melbourne tweeted. "We're currently trying to remove a snake who seems to be a little lost."

​Lowering the surely skyrocketing blood pressure of many onlookers, the incident was resolved after Barry Goldsmith, a reptile catcher from Snake Catcher Victoria, arrived on the scene roughly an hour later.

​"They come up the Yarra [river], they come up the drains," Goldsmith told ABC News. "But they do live around here, they eat mice and rats and we're swamped with those at the moment."

Goldsmith later indicated that the slithering fella appeared to be injured, but that the serpent would make a full recovery. The city-going snake was dubbed Spencer Collins.