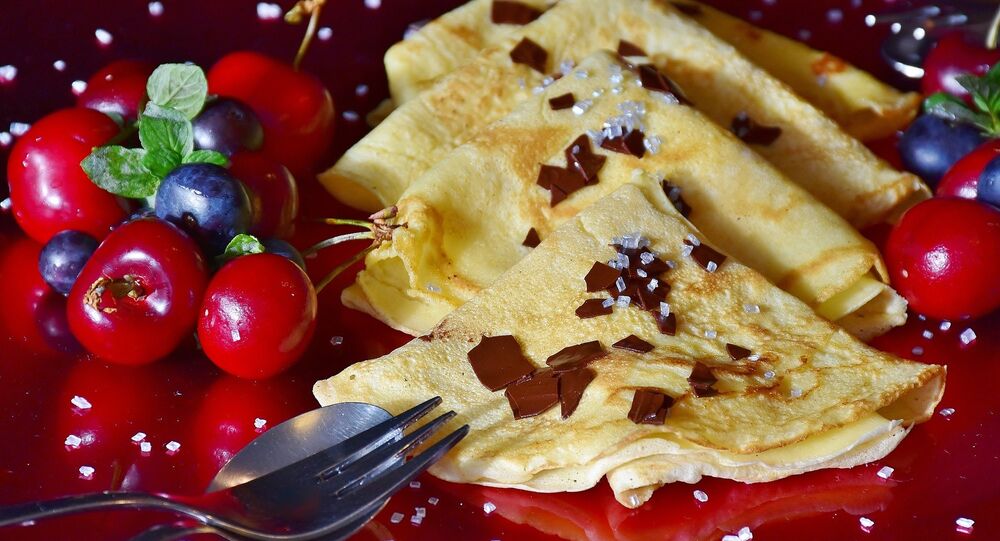 Although presented as "moral," the disappearance of beloved pancakes from the school menu in the Swedish city of Malmö has set locals' hearts afire.

The Swedish city of Malmö used to be known for its pancakes. Now, its culinary reputation is at stake, as all municipal primary schools have prohibited pancakes "for the sake of justice," as no non-allergic options for students suffering from allergies could be found.

The pancakes disappeared from the school menu after a provider who supplied Malmö schools with "non-allergic" pancakes without egg or milk stopped its production.

"We had to remove pancakes. They are still absent from the menu," Emely Lindholm of the Malmö City School Restaurants told the Sydsvenskan daily.

Although the ban came into effect last autumn, people are still upset about the decision to stop the popular dish. According to Emely Lindholm, pancakes are a very popular dish among pupils, and everyone misses it.

© REUTERS / Francois Lenoir/File Photo
Yolks Aside: Norwegian Olympic Team Gets 15,000 Eggs Through Translation Error
To counter the loss, city authorities have tried to launch its own recipe for egg-and-milk-free pancakes to be baked by Malmö schools themselves. According to Lindholm, tests were "underway" and the hope is for the pancakes to reappear later in the spring. So far, however, attempts have failed bitterly.

"I really do not understand what this is all about, it's not that hard to be able to make pancake recipes that all kids can enjoy. However, it is typical of Sweden, in a way," Mannerström told the Expressen daily.

On social media, people have also been upset by the ban and the unsuccessful replacement attempts, suggesting that the pancake recipe was neither a "state secret" nor "rocket science."

READ MORE: Fall From Grace: Praying Before Meals Off the Menu for Finnish Kindergarteners

"How can it be fair to deny the 95 percent who do eat pancakes?! Justice doesn't work this way," a user tweeted.

One enraged parent suggested to Sydsvenskan that serving cardboard paper as canteen food, "should the least possible denominator be used."

"Good luck with finding a product that is not only free from eggs and flour, but doesn't contain gluten, nuts, lactose, E-labeled additives, African gems, spices from Israeli-owned companies or residues of endangered spices. If you succeed, a Nobel Prize in chemistry is in store," Dagens Nyheter journalist Erik Helmerson wrote in a sarcastic opinion piece, calling the pancake situation a "red-green mess" in a double entendre to Sweden's incumbent government.

"It is only natural that all children in some schools have to eat halal meat, regardless of their beliefs, but when it comes to pancakes — this goes beyond the pale of acceptability, for Christ's sake," user Inspektör Falafel wrote wryly.

​"Just think how many people got so mad at Malmö for temporarily stopping pancakes in school, but don't say a squeak about the fact that every third child in Malmö grows up in poverty," Patrik Lundberg tweeted.

Fall From Grace: Praying Before Meals Off the Menu for Finnish Kindergarteners