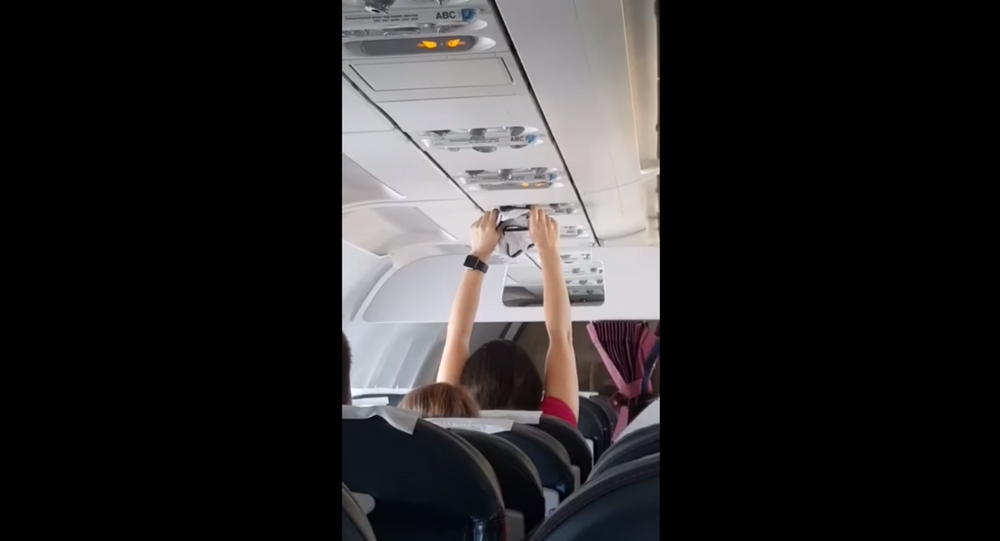 While frequent fliers already fear sitting near toddlers or an unruly child eager to kick a chair, they can now add to their long list of terrifying scenarios the possibility of sitting near a passenger hell-bent on using an AC vent to air out their laundry.

Uploaded to YouTube by user The First Tula on February 16, the video shows a female passenger aboard a Ural Airlines flight from Turkey to Russia airing out her underwear under the plane's AC vents.

​Despite the shocking sight, no one on the plane issued a verbal complaint to a flight attendant, NDTV reported, citing The First Tula.

"People looked with surprise and bewilderment," a traveler who did not want to be identified told the publication. "But all were silent."

Though the footage is just over one minute in length, the outlet indicated that the drying technique lasted roughly 20 minutes.

Netizens, however, have been split on the matter, as some joked that the "take-off was extreme," while others suggested that "this is not the worst thing in the modern world."