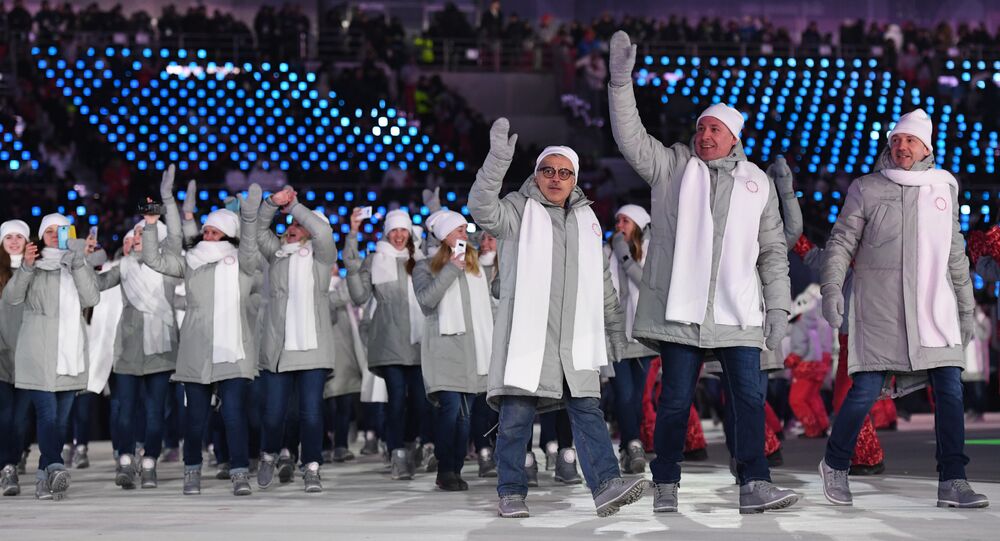 Peter Akman poked fun at the Olympic team from Russia, reacting to the news that a Russian athlete Alexander Krushelnitsky, who won a bronze medal in the mixed doubles curling event with his wife Anastasia Bryzgalova last week, is suspected of testing positive for meldonium, a banned substance that increases blood flow, resulting in improved exercise capacity.

Despite the fact that he deleted the tweet, social media users were quick to respond to his sarcastic remark. Twitterians were not as impressed by Akman’s joke, with many Russians blasting him for his comment and once again questioning WADA informant Grigory Rodchenkov’s claims about the alleged state-run doping system in Russian sports:

Then the next Olympic Games will be the last, for all… Olympic games should be out of politics, and the flags either do not use anyone or use everything because they are citizens of their countries,but not state representatives and some state institutions.

And I laughed at the results of the Commission's investigation, led by McLaren. In Russia Rodchenkov was recognized mentally ill, has a criminal record for illegal trafficking in anabolic steroids. In the United States Rodchenkov was esteemed witness. Under the protection of FBI.

So we have the first contender for the dumbest joke of the week!

Keep your sarcasm for canadian results. Fake-doping Meldoniy, Rodchenkov's rat holes and Mc'Laren's urine bottles just will stay in history as dishonest fake. As for you, you will be forgotten tomorrow.

The Russian team has been allowed to take part in the 2018 Winter Games, provided it performs under a neutral flag and is called “Olympic Athletes from Russia,” following the so-called doping scandal. The alleged doping use by Russian athletes surfaced in 2015, when the World Anti-Doping Agency (WADA) accused Moscow of numerous violations.