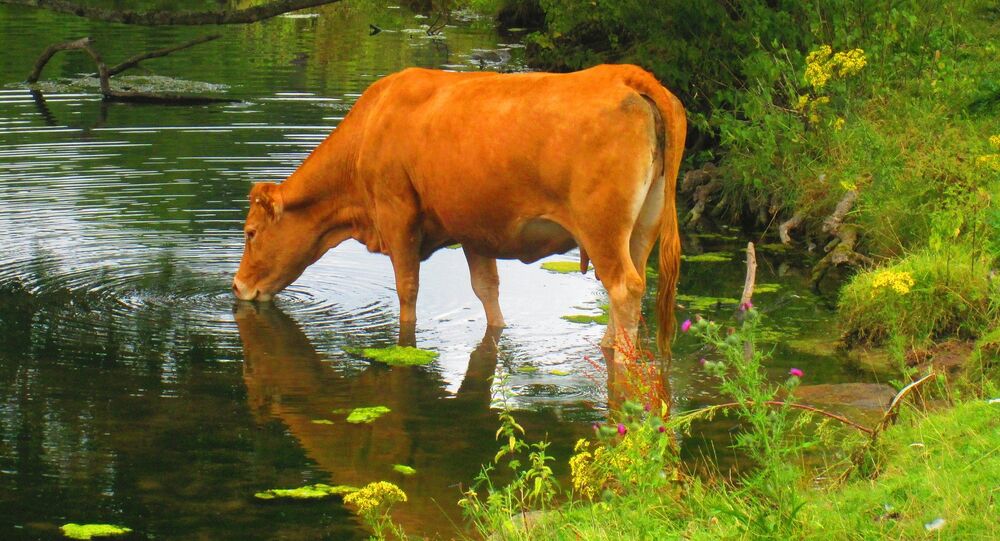 In a remarkable display of the will to live, a lone bovine managed to cheat death and escape from its human masters and to live free and alone in the wild.

A Polish farmer identified by the media only as Mr. Lukasz was in for quite a surprise when he sent one of his cows to be butchered at a slaughterhouse. The animal refused to get in the truck, smashed the fence and made a desperate dash for freedom, according to Polish web portal Wirtualna Polska.

The cow ran off to nearby Lake Nysa, and when the owner attempted to retrieve it, the creature reportedly broke one of his farmhand’s arms and then leapt into the lake. The owner even claimed that the cow was diving underwater as it swam towards one of the islands in the middle of the lake.

© CC0
Unholy Beast: Wild Boar Wreaks Havoc in Polish Church, Breaks Jesus Effigy
A team of firefighters summoned by the farmer to retrieve the animal attempted to approach the island by boat, but the cow spotted them from afar and quickly swam to a neighboring peninsula.

As the local veterinarian turned out to be temporarily out of the tranquilizers necessary to incapacitate the cow, the farmer eventually gave up on trying to recover it, and resigned to simply provide the animal with food. He even considered shooting the cow dead, but a local politician named Czeslaw Bilobran opposed this idea, claiming that the cow should live in peace, while another politician, Pavel Kukiz, sought to raise awareness about this story via social media.

A similar incident occurred in Poland in 2017 when another cow escaped from its owners and joined a bison herd in Białowieża Forest.