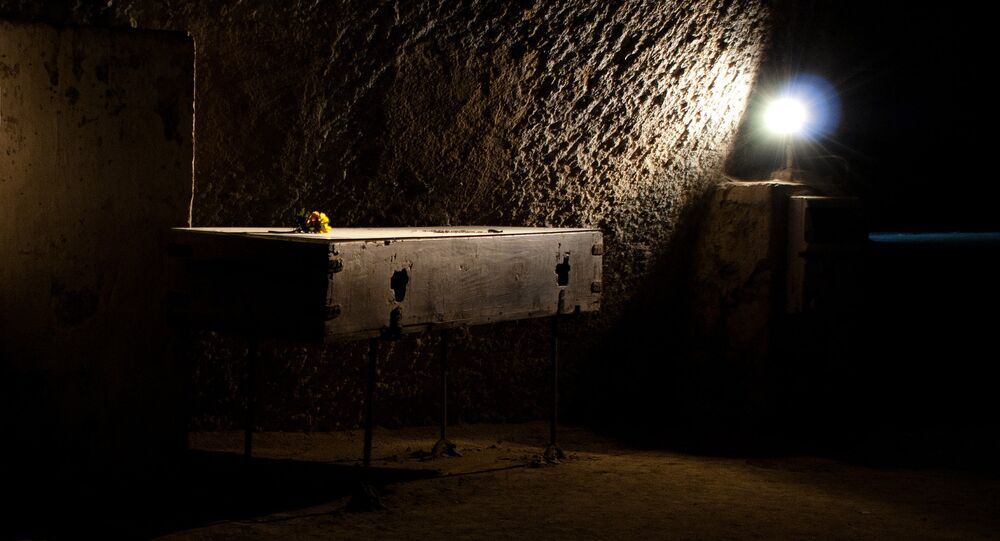 Brazilian Woman Reportedly Gets Buried Alive Due to Error

The distraught relatives of a recently-deceased woman in Brazil ended up digging her grave after hearing rumors of screams and moans emanating from the place, and becoming convinced that she was still alive at the time of her burial.

A woman named Rosangela Almeida dos Santos was buried at the Senhora Santana cemetery in the town of Riachao das Neves, Brazil after being pronounced dead on January 28, at the age of 37.

© Sputnik / Nazek Muhammed
Mosul's People Bury Their Dead in Desecrated Jewish Cemetery (PHOTO, VIDEO)
Several days later, however, her relatives went on to open her grave and exhume her body after people living near the cemetery apparently told them that they heard moaning coming from there, according to local media.

Almeida dos Santos’ relatives claimed that they found signs of struggle when they opened the coffin, with the woman’s body allegedly still being warm and bearing injuries she reportedly did not have at the time of her burial.

However, the news website G1 points out that the woman’s relatives may have simply be acting on rumors alone, and that those involved in this incident may face charges for disturbing the grave.