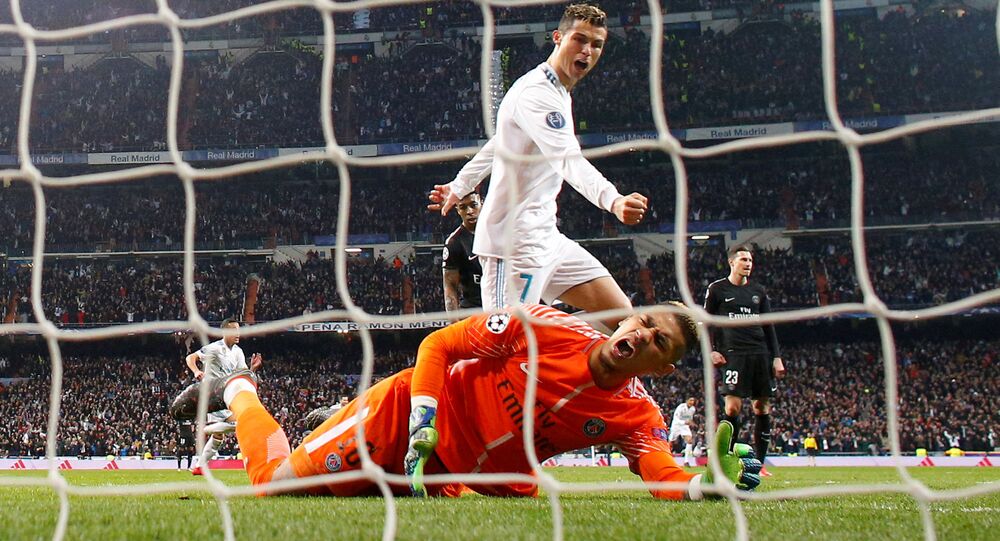 During the penalty performed by Ronaldo against Paris Saint-Germain (PSG), the ball appeared to pop up before he struck it.

Some were quick to claim that Ronaldo used black magic to make the ball move in the air and score the goal which equalized Real Madrid's encounter with PSG and added to Real's 3-1 victory.

Anyone else realise that before ronaldo kicked the ball and when his left leg stomps the field, the ball actually bounced a little to give him pretty nice volley for the penalty? pic.twitter.com/oJ8TmfGTmx

I reckon that penalty was a double touch and should have been disallowed. #Ronaldo

Weird. Watch the ball just as #Ronaldo goes to strike the penalty seems to hop up off the spot. Did something hit it? 🤔 #RMAPSG pic.twitter.com/cywKmRhePK

Ronaldo: the main man for the big moments. What a penalty.

Ronaldo used black magic to make the ball levitate so he could volley the penalty. Biggest winner in the history of the sport pic.twitter.com/ATLzhP8rTl

Wow!!! Just watch this Cristiano #Ronaldo penalty kick.. Supernatural powers. The penalty he took, The ball Bounced up before he kicked it.

Others called for just admiring the fantastic goal without speculation on how it was scored.

Yh but ronaldo did a levitating penalty that’s cool

I don't understand why people are always very bitter when Ronaldo scores a penalty.

A goal is a goal.

To everyone complaining about Ronaldo scoring a penalty — I want you to think about the pressure to take the penalty in such an immense game.
Ronaldo manages to stay cool and score a perfect penalty, whereas everyone who’s complaining about it, would collapse under that pressure. pic.twitter.com/89RAZPlBgk

Manchester United legend Rio Ferdinand has, meanwhile, insisted that Ronaldo used a special technique that he practiced during training.