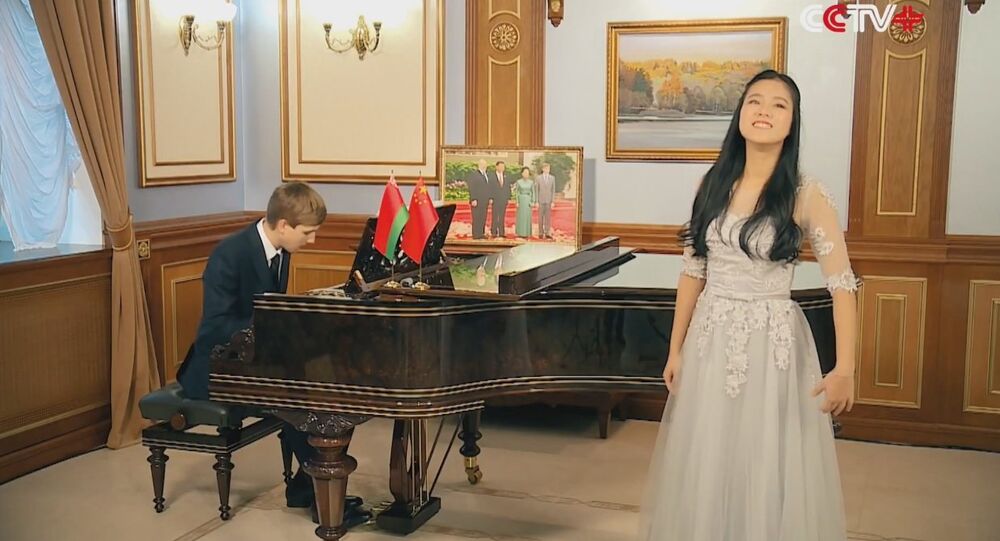 Nikolai Lukashenko, the youngest son of Belarusian President Alexander Lukashenko, has showed off his piano skills by playing a beautiful rendition of a popular Chinese folk song to wish President Xi Jinping and his wife a happy Chinese New Year.

Just as impressively, Nikolai complemented his performance with a message, in Chinese, to President Xi. "Dear friends, respected Uncle Xi Jinping and Aunt Peng Liyuan, I wish you a Happy Spring Festival. I'm looking forward to meeting you in Belarus," the teen said.

© AP Photo / Hassan Ammar
Syria Receives 25 Tonnes of Humanitarian Aid From Belarus
Nikolai's father, Belarussian President Alexander Lukashenko invited the Chinese leader to visit Belarus in the coming year. Xi made his first visit to Belarus in 2015, with Lukashenko reciprocating by visiting in 2016 and 2017, respectively.