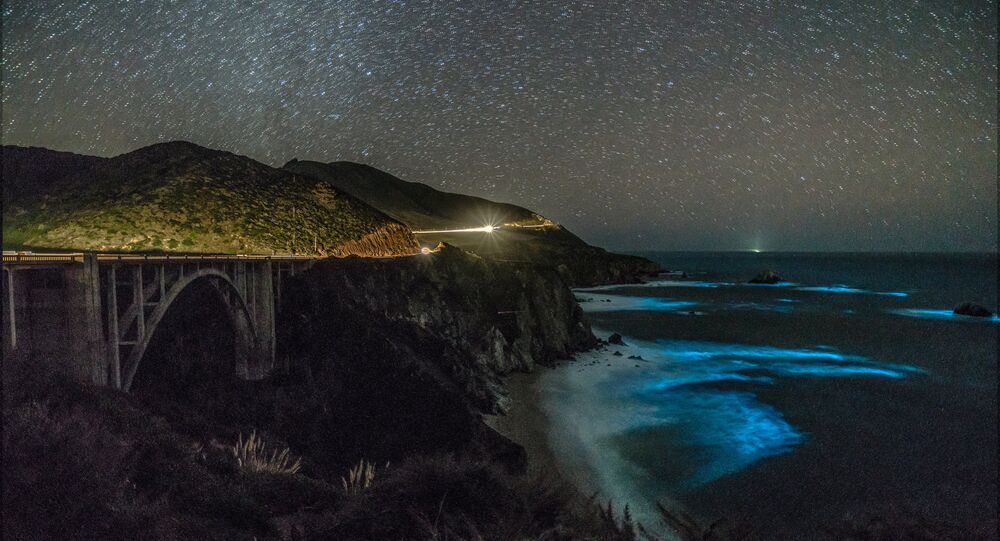 While California's Big Sur is known for its picturesque misty coastlines and seaside cliffs, this week it offered even more jaw-dropping sights when bioluminescent phytoplankton lit up waves like a Christmas tree.

Snapped by Monterey photographer George Krieger between Monday and Thursday, these photos show bright blue water beneath the Golden State's Dixby Creek Bridge crashing against rocks beneath a star-spectacled sky.

Speaking to KSBW, Steve Haddock, a bioluminescence specialist at the Monterey Bay Aquarium Research Institute, explained that the increased reports of glowing waves is likely due to a combination of "high nutrient rates and calm conditions that form layers of highly concentrated dinoflagellates in the water."

Dinoflagellates are a type of marine plankton commonly found in freshwater habitats.

"It is almost certainly a dinoflagellate bloom," Haddock told CNN affiliate KSBW. "We are also seeing relative high bioluminescence with our instruments here in Monterey Bay."

But don't expect the show to go on forever, folks. According to Haddock, once the winds pick back up, the phytoplankton will likely disperse and bring down the curtain on the show.

And if for some reason you didn't find the phytoplankton stills impressive enough, Krieger also managed to catch an image of the SpaceX rocket that was launched Tuesday.