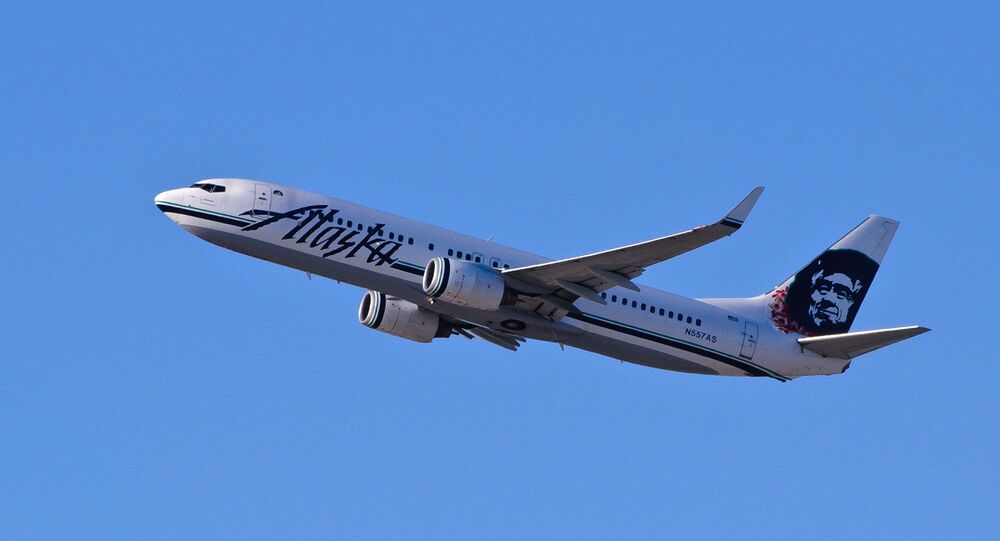 An Alaska Airlines flight from Anchorage, Alaska, to Seattle, Washington, was diverted back to the Ted Stevens Anchorage International Airport on Wednesday after a passenger decided to go nude.

Of course, Alaska is very cold, but perhaps he was misled about how warm it was further south, where the plane was headed?

According to officials, the traveler reportedly ignored instructions from flight attendants and opted for his birthday suit after locking himself inside the plane's restroom.

"There was a subject on the aircraft that had barricaded or locked himself in the bathroom, the lavatory," Airport Police Sergeant Darcy Perry told local news station KTVA. "Flight attendants did find that the subject was naked."

Video footage submitted by a fellow traveler on the flight shows the moment that the entire plane was informed that the plane would be returning to Anchorage.

​"At present time we are going to ask everyone to deplane with all your carry-on bags," the voice on the loudspeaker says as passengers begin removing their belongings from the storage compartments. "We appreciate your cooperation."

Speaking to AP, flier Kate Danyluk indicated that she knew something was going on when she noticed the airline staff going up and down the aisles sporting rubber gloves. Though Danyluk didn't catch a glimpse of the man, she'd heard that "he had taken off his clothes and he just wasn't in his right mind."

"I'd rather go back to Anchorage than have something happen," Danyluk said. "Safety first."

Once the plane landed back in the Last Frontier State, the Boeing 737 was greeted by airport police and FBI agents, who quickly removed the man from the plane. The man was later transported to a local hospital for a mental health evaluation, according to KTVA.

It is unclear whether or not charges will be brought against him.

The Wednesday U-turn follows the Tuesday announcement that a former Alaska Airlines pilot will plead guilty to flying a commercial jet while under the influence of alcohol.