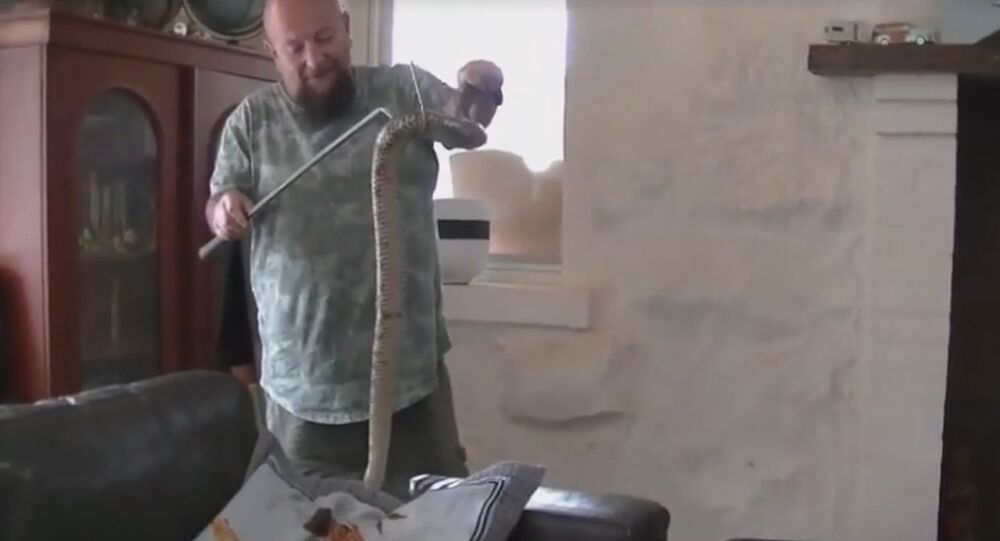 The venomous tiger snakes accounted for about 20 percent of all snake bites in mainland Australia and Tasmania from 2005 to 2015.

An Australian man found himself in a dicey situation, when stepped out of the shower to relax on his couch only to hear a loud hissing noise.

The resident of Blairgowrie in Victoria, one of Australia's many snake habitats, originally thought that the disturbing noise was coming from a cell phone charger, the Daily Mail reports.

However, as the hissing persisted, he discovered that it came from a large tiger snake that had made its way into his home.

The snake was subsequently released to the wild, unharmed.

"If you leave your door open in snake country, don't be surprised if you get a slithery visit from a curious snake," the SCV's Facebook post read.

According to a 2017 article in The Guardian, there were 35 snake-bite related deaths recorded by the country's National Coronial Information Service between 2000 and December 2016. More than half of these happened in or around the victim's home, and 71 percent of the victims were male.

The study also discovered that about a third of all deaths occurred when the victims tried to capture or kill the invading snakes themselves instead of calling the professionals.

'Oh Come on, It’s Just a Snake!' Man Calmly Eats While Others Disperse in Panic

'Til Death Do Us Part: Snake Bites Man, Man Bites Wife So They’ll Die Together

Snake on a Plane: Venomous Reptile Drops out of Overhead Locker Mid-Flight