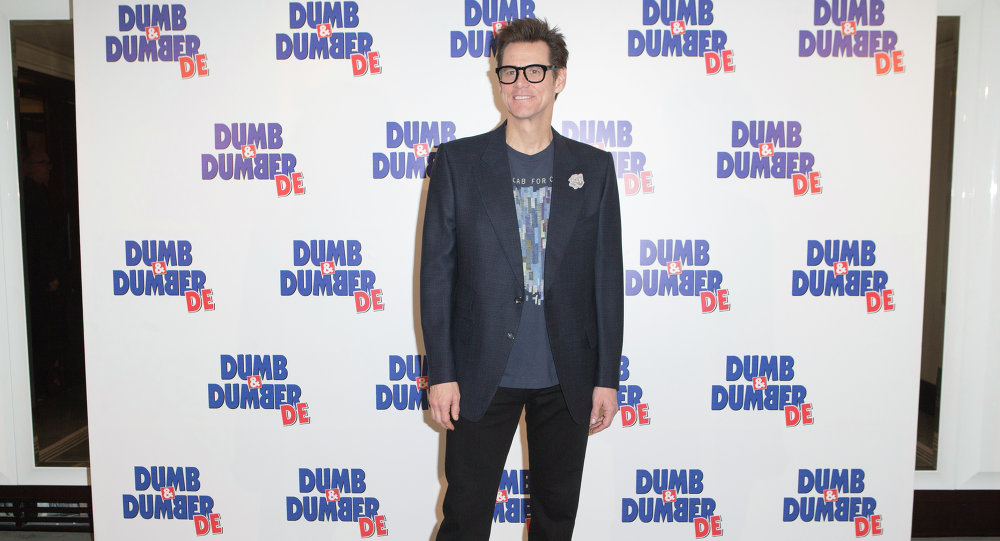 In a Tweet accompanied by an unflattering caricature of Facebook founder Mark Zuckerburg, Carrey urged everyone who "care[s] about our future" to join him in boycotting the social media giant.

Comedian Jim Carrey has deleted his Facebook account and dumped his shares of Facebook stock in response to what he said was the company's profiting from "Russian interference" in the 2016 US presidential elections. The decision led to a backlash from Twitter users.

I’m dumping my @facebook stock and deleting my page because @facebook profited from Russian interference in our elections and they’re still not doing enough to stop it. I encourage all other investors who care about our future to do the same. #unfriendfacebook pic.twitter.com/KHWgZzhhmp

But not everyone jumped on Hollywood actor's 'Russia did it' bandwagon, with some users accusing Carrey of being sucked into the "McCarthyite" "Russia scare" they said was gripping the United States.

Taking part in the Russia scare is cuckoo time.

Become a world-famous actor and comedian, pursue spiritual enlightenment with a fiery passion, plunge yourself into the task of mastering the art of painting, only to wind up the same kind of stuffy, McCarthyite authoritarian that real artists rebelled against in the sixties.

Translation: I need FB to censor conservative news/any news offensive to my lefty sensibilities that I deem Russian propaganda, like the truth about Clinton and the Dems, and will wage economic warfare on Zuckerberg until he complies with my mandates. Sound about right?

Others simply asked Carrey to provide some evidence in support of his claims of "Russian interference."

Where's your proof? Funny how you and every single one of your peers are shouting this nonsense from every outlet without any solid proof. #narrative

Some wrote that even if this supposed Russian meddling did take place, it's curious that the actor wasn't hasn't been so vocal about Washington's open interference in the affairs of other countries.

Even a few actual Russians jumped in to mock Carrey.

Commenting on Carrey's move, well-known Russian telephone prankster Vladimir 'Vovan' Kuznetsov said that he fully supported Carrey's decision, and joked that the actor should register on Russian social networks instead. "I fully support Jim Carrey. There's no sense staying in this 'wrong' Facebook, which even seems to have infected the actor with paranoia. Let him register on our VKontkakte and Odnoklassniki. There, no one will interfere in the American elections for sure," the comedian quipped.

Finally, several users pointed out to Carrey that it was the Democratic Party's corruption and sabotage of Bernie Sanders, not Russian meddling, which lost their candidate the 2016 election.

That's a shame because Thier Ad's didn't win Trump the election. At the end of the Day The DNC's sabotage of Bernie Sanders, and Hillary's poor image over Benghazi and the Classified E-mail scandal Won Trump the Election. If I was you I'd unfriend the DNC

As for Sputnik, in a situation where yet another Hollywood legend seems to have been sucked in by 'Russia did it' paranoia, all we can do is ask:

Four separate investigations have been launched by US intelligence agencies and lawmakers over alleged Russian meddling in the 2016 presidential elections, none of them providing any conclusive evidence to confirm such claims. Moscow has repeatedly denied any claims of interference, while President Donald Trump has described the investigations as the "single greatest witch hunt" in US history.