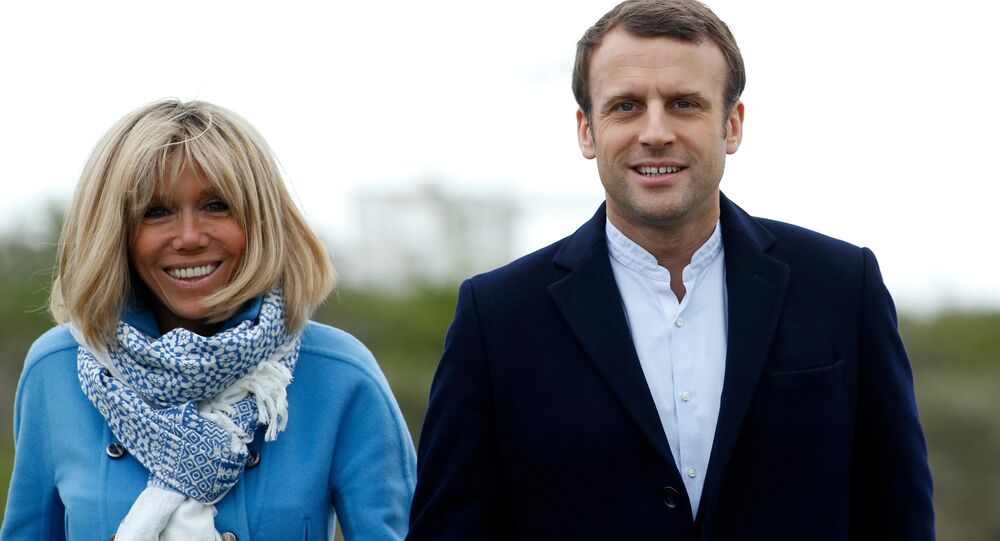 French President Emmanuel Macron already has a history of awkward handshakes… this time the gaffe was slightly different but nonetheless made social media explode.

The French leader, accompanied by his wife Brigitte, arrived in Senegal for a three-day visit, during which he took part in the Third Global Partnership for Education fund-raising conference. He received a warm welcome from his Senegalese counterpart Macky Sall – some might think it was too warm.

A video showing the two Presidents walking along the tarmac with their wives and, apparently, greeting each other, blew up the Internet. While strolling, President Sall slightly caresses Macron’s hand, and the French president unintentionally touches him with his pinky, and finally they end up holding hands. Some assumed that Macron thought it was his wife’s hand and mistakenly gripped Sall’s.

In July 2017, Macron had a “never-ending” handshake with US President Donald Trump, but apparently it was the latter’s extremely friendly gesture.