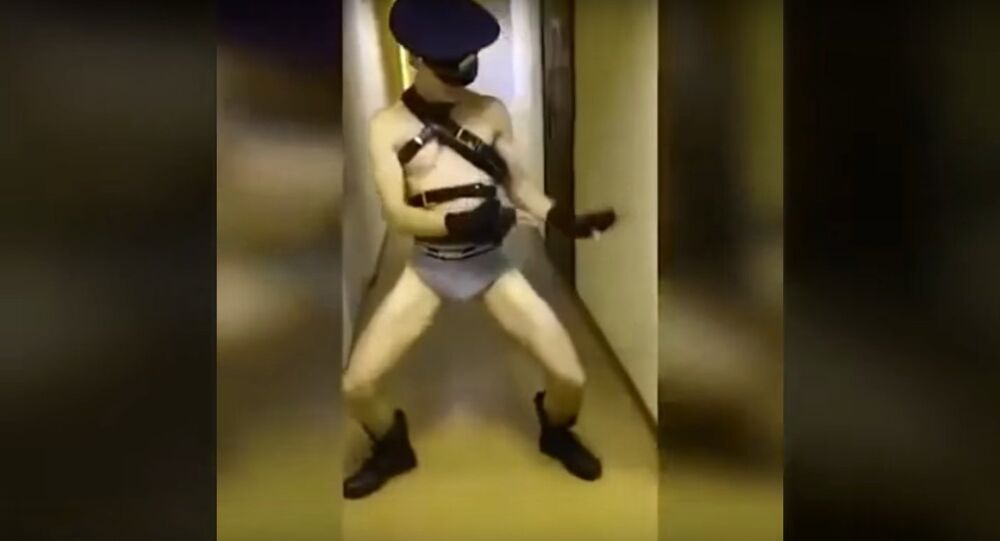 Students of The Civil Aviation Institute of Ulyanovsk, a western Russian city on the Volga banks, were initially threatened with expulsion, but got off with an admonition for a scandalous video to the "Satisfaction" tune , which made headlines in mid-January, provoking criticism but at the same time, winning a lot of netizens' support.

"The students have violated the rules accepted in the educational institution. Due to this, they have been reprimanded. We have had a talk with the first year students and their parents," a representative for the institution has told RIA Novosti.

According to her, the cadets who shot the notorious video, continue their studies and nobody has been expelled, though there were warnings to this end shortly after the video emerged.

Earlier the regional prosecutor made an enquiry into the case and ruled that some of the teaching staff were subject to disciplinary action, causing a storm of reaction online.

A number of medical college students demonstrated their support of the would-be pilots in their own mock footage:

Construction College students followed suit making another burlesque video, in which they danced to Benny Benassi’s "Satisfaction" pop hit with just underpants and safety helmets on.

The baton then passed on to the Moscow Suvorov Military School cadets, Russian rescue service staffers, maritime college students and many more.

Housewives, pensioners from Saint Petersburg and Russian sportsmen, biathlonists among them, famously joined in the flashmob.

A popular Russian TV host and journalist Ivan Urgant also backed the Ulyanovsk budding pilots and came up with his own version of a mocking video clip:

A petition published on the change.org website calling not to expel the aviation cadets collected over 88,000 signatures.

The much debated video featuring a number of aviation cadets from an Ulyanovsk college dancing half-naked went viral on January 16 and shortly scored millions of viewings.

Love Art and Posing for Pictures? This Flashmob Might Be Your Cup of Tea