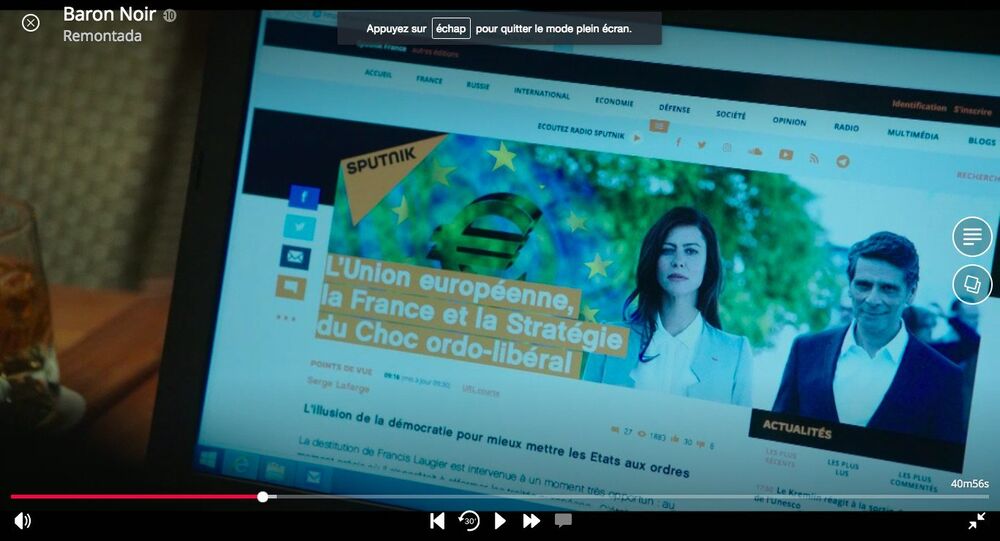 It seems that Sputnik has transcended the boundaries of the mundane and has now entered the domain of popular culture as the news agency image emerged in a French political drama called Baron Noir.

Seeking to divert public attention from his person and looking for inspiration on the Internet, the series’ protagonist Philippe Rickwaert – MP and mayor of Dunkirk who is being accused of embezzlement – types ‘coup d’Etat Dorendeu’ (Amelie Dorendeu is the name of the French president in the series’ setting) into Google.

And lo and behold, the fourth search result leads him to a web page featuring the Sputnik logo and an article titled ‘European Union, France and Ordoliberal Shock Strategy’ penned by (fictional) columnist Serge Lafarge.

© CC0
Fake News: Russia and Sputnik Accused of Meddling in Malaysian Elections
"Have you seen what Russian news agencies like Sputnik are saying lately," Rickwaert later inquires of Martin Borde, a member of Dorendeu’s government.

"Yeah, I heard some stuff," the latter replies.

"You don’t care about it? Good! But these guys, they got it, they understood everything,' Rickwaert exclaims, claiming that the coup scenario is quite real and sharing details of a neoliberal conspiracy which resulted in the downfall of a previous president.

"Very funny,” Martin replies, prompting Rickwaert to remind him about a number of "hilarious" stories that came up during US presidential elections, remarking that Americans "have been laughing so hard they ended up electing Trump."

​"All the 'fake news' on our site is the work of talented screenwriters of the Baron Noir TV series. These guys are great and the series is fascinating! We would love to continue working with them in this format!" Sputnik France Editor-in-Chief, Nathalie Novikova tweeted.