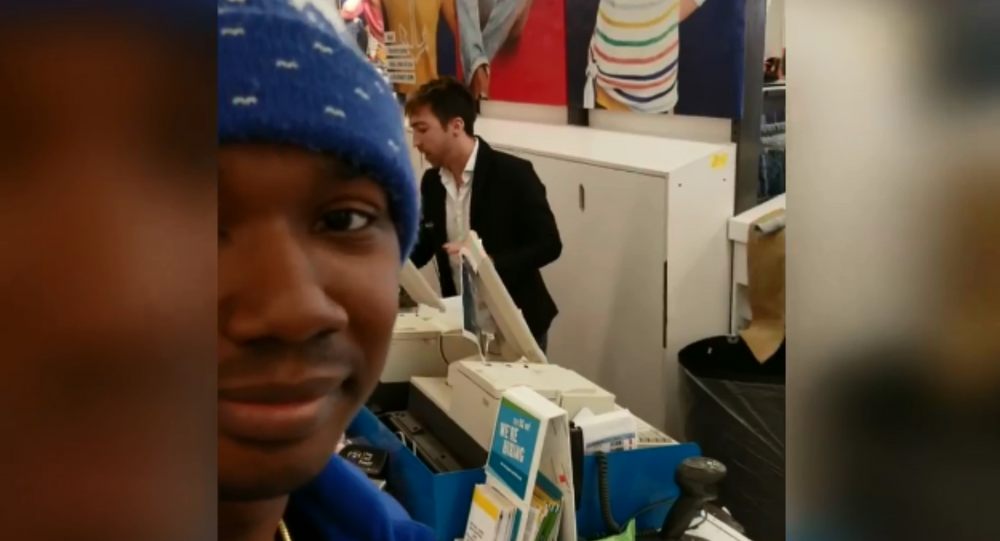 James Conley III, a resident of Iowa, was doing a little shopping at his local Old Navy store in West Des Moines on Tuesday when he was accused by employees at the checkout counter of stealing the jacket he wore into the store.

Frustrated, Conley later took to his Facebook page to share his disbelief at the situation, sharing a photo and four videos that he recorded during the incident.

​"Today I was racially profiled by the Old Navy store in West Des Moines, Iowa, in Jordan Creek," Conley wrote. "I was accused that I didn't pay for my blue bubble jacket that I got for Christmas that I wore into the store."

Detailing the series of offenses committed by store employees, Conley states that he'd initially gone into the store with the intent of purchasing some hoodies, but by the time he reached the cashier, things took a turn for the worse.

"As I was checking out to purchase some hoodies, I was asked if I wanted to also purchase the jacket that I was wearing. First, I started laughing because I didn't believe what I was hearing," Conley recalled. "[The store manager Beau Carter] says ‘anytime someone wears Old Navy clothing they have to always scan that customers clothing to insure that it was previously purchased.'"

So after refusing to pay for the jacket that had already been paid for, the store's district manager popped out from the backroom to assess the situation — she later checked the surveillance, at Conley's insistence, to ferret out the truth.

"Once she confirmed that I was telling the truth (after watching the tape) she never came back out to apologize to me nor did the store manager, Beau Carter, as you can see in my videos below," he concluded in his Facebook post.

In the videos that were shared, both managers are seen dismissively handling the situation.

"They said I stole my jacket that I came in with," Conley said in one of the four videos he posted. "The manager couldn't even come back out to talk to me and tell me that I was right."

"This is super ridiculous right now… literally just got stereotyped because of the color of my skin," he added.
The following day on Wednesday, Gap, Inc., the owner of the Old Navy brand, released a statement addressing the situation.

"At Old Navy, and across Gap, Inc., we maintain a ‘zero means zero' policy and we are actively investigating the situation," the statement reads. "We are a company made up of diverse people — from all backgrounds and cultures. We encourage diversity in thought, celebrate diversity in each other and demand tolerance and inclusion, always."

Though it's unclear if it was part of Gap Inc's investigation, the Old Navy store was temporarily closed all day Wednesday before opening back up to the public on Thursday.

Conley has since filed a formal complaint with the NAACP Des Moines branch and has acquired legal representation in the matter.

Best Foot Forward? James Comey is ‘Running’ In Iowa, Where Presidents are Made

Pipeline Leak in US State of Iowa Spills 82,000 Gallons of Diesel Fuel

Trump Projected to Win US Battleground State of Iowa