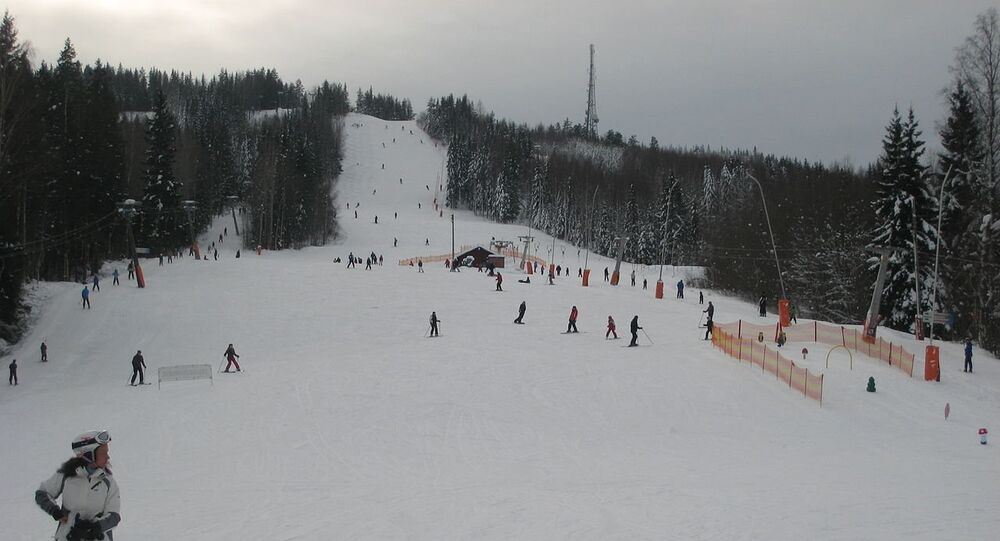 An inebriated man from the town of Kongsberg was stopped by the police for a clumsy attempt of combining drinking with winter sports, the Nettavisen daily reported.

Following abundant snowfalls, the man, who is in his 30s, saw skiing as the most convenient way of getting to the nearest bar for a drink (or, rather, a few, as transpired later).

Apparently, Kongsbergians take skiing seriously, as onlookers were so shocked by the poor technique exhibited by the tipsy skier that they decided in favor of alerting the police to take care of the offender.

"The police patrol had to take care of a very inebriated man on skis in the center of Kongsberg. It was clearly neither classic nor cross country," the local police tweeted.

​As an indicator of the severity of the misdemeanor, the hapless skier's "means of transport" were reportedly confiscated on the spot.

"The patrol drove the man away and had a chat with him. It was obvious he had to take off the skis. We drove him home," police operation leader in Kongsberg Trond-Egil Groth told Nettavisen.

Although the hammered skier presented no traffic risk, as he was moving on the pavement, his drunken state had a clear detrimental effect on his technique, the police said. No further action against the man is expected, however.

​Skiing is considered to be a national sport in Norway, as a well as an immensely popular pastime among Norwegians. Outdoor ski racks in front of buildings are a sign of its popularity.

"Too much of 'bånnski?'" a user quipped in a pun of words for the Norwegian expression for "bottoms up" and "ski."