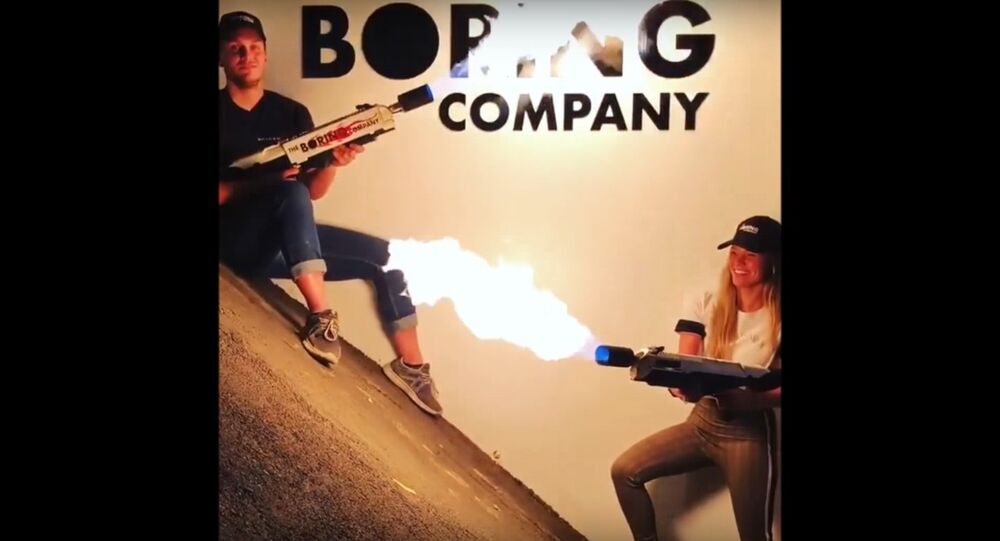 The Boring Company has successfully completed yet another merchandise venture by selling a large batch of branded flamethrowers, doing their part to make the world safer should there ever be a zombie apocalypse.

SpaceX founder and entrepreneur Elon Musk has announced that the entire stock of 20,000 Boring Company flamethrowers ended up completely sold out less than a week after the beginning of the sales.

The flamethrowers were sold for $500 apiece via the Boring Company website, netting the enterprise some $10 million.

​Musk announced the beginning of the sales on January 27, jokingly touting the flamethrowers as a perfect weapon in case of a zombie apocalypse.

Ironically, one of Musk’s customers turned out to be none other than Chandler Riggs, American actor who starred as Carl Grimes in AMC horror TV series The Walking Dead.

guys i just bought a flamethrower

i feel so satisfied yet so confused