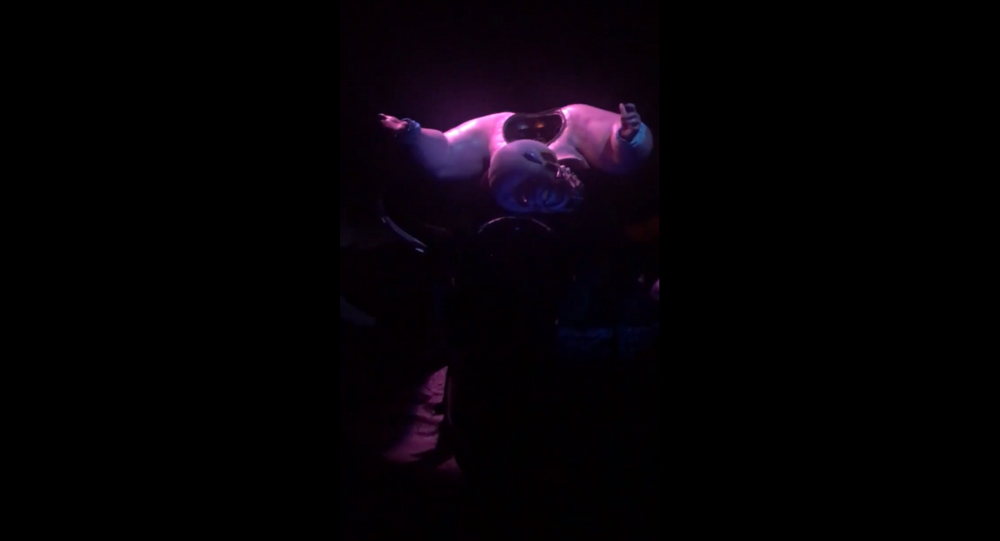 On Sunday, kids entering the Little Mermaid ride at Disney's California Adventure Park were in tears and primed for nightmares after seeing a headless Ursula sing about unfortunate souls.

Shared by a parkgoer on Twitter, the video shows the infamous sea witch swaying her octopus body side to side to the tune of the Disney classic, "Poor Unfortunate Souls," while her head dangles on her chest.

Shocked and confused by the sight, a child in the video yells out, "it's broken."

Speaking to the Huffington Post, the Twitter user, who asked to not be named, stated that after the ride was over several Disney staff members were "concerned."

​"Immediately after we got off we were ushered out along with everyone else and the employees looked very concerned," she noted. "Many people had seen Ursula decapitated, including kids, who understandably were upset."

"It was a pretty freaky thing to see," she added.

Incidentally, Ursula's head wasn't the only one to go on Sunday. The tentacled villain was joined by the likes of an auctioneer animatronic from the Pirates of the Caribbean attraction at Disneyland Paris.

​Netizens that managed to catch a glimpse of the headless auctioneer also reported that the figure continued to make facial expressions, as Ursula did, until operators shut the mishap down.

‘Lock Him Up’: Comedian Protests Trump at Disney World’s ‘Hall of Presidents’