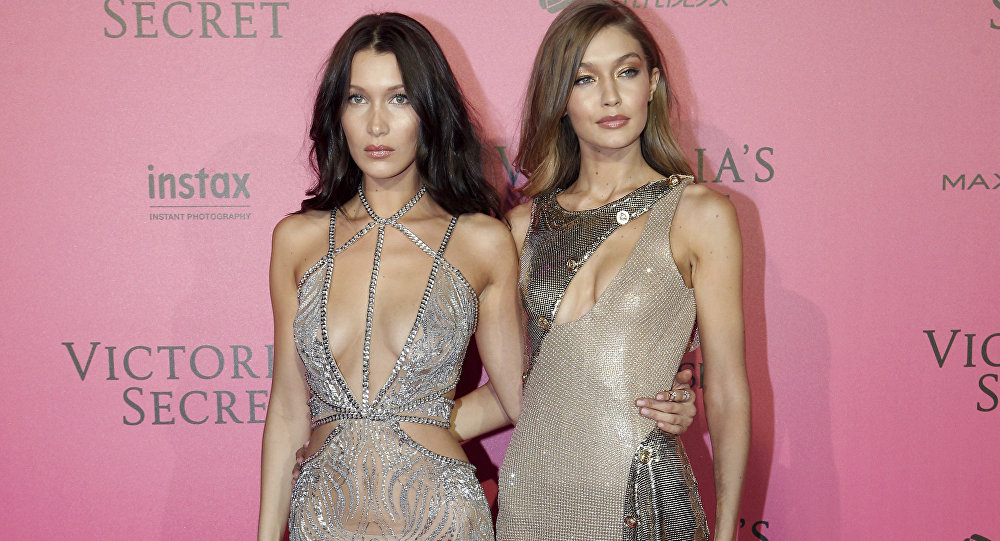 "This is pushing it too far" and "this does not seem very sisterly to me!" are just some of the online reactions to the newest cover of British Vogue.

American fashion models Gigi and Bell Hadid have been photographed to appear on the March issue cover of the magazine. An explicit photo of the sisters posing naked in each other’s embrace left online users feeling uncomfortable and disturbed.

"She's one of the only people I'll get aggressive for. She makes me so proud. I would do anything for her," Gigi Hadid told Vogue, speaking about her younger sister Bella.

This the first time the supermodel siblings have appeared on dual covers of a magazine.

.@GiGiHadid on @bellahadid in the March issue of #NewVogue: “She’s one of the only people I’ll get aggressive for. She makes me so proud. I would do anything for her” https://t.co/IEzjItBMp8 pic.twitter.com/JWUU4wFHRQ

The intimacy of the pose and the models' nudity triggered negative reactions online, with some questioning the way 'sisterhood' has been portrayed by the magazine.

Why are they naked though? Where is the fashion?

Clothes would be good considering you are supposed to be a fashion mag.

This is pushing it too far, next we'd have models sticking their tongues in the rear of animals all in the name of art.

Uhhh I don't know about how other sisters do sisterhood, but as a sister, this does not seem very sisterly to me!! #newvogue #muchdiverse pic.twitter.com/8emwuqeOQ6

Must you fetishise them? Talented women. No need to be naked to pique our interest.

This is awful. Shame on you British Vogue.

Everyone is so right on both counts. First, I don't like this trend of models posing naked when it is supposed to be about fashion, i.e. clothing! Secondly it is definitely inappropriate to have sisters posing naked together.

Following the release of the image, comments popped up online highlighting the use of photoshop and noting that Bella Hadid doesn't look like herself.

gross that their faces were photoshopped to this extent. super gross that two siblings were asked to pose like this.

Bella doesn’t look like Bella. And Gigi has the eyebrows on top.

Instagram users left thousands of comments to the posted image of "the fashion industry's most in-demand sisters."

As the fashion industry's most in-demand sisters, we're more familiar seeing @gigihadid and @bellahadid apart than together. However, the sisters unite for the March 2018 issue of #NewVogue, on newsstands February 2. Photographed by #StevenMeisel, styled by #JoeMcKenna

Not all reactions were negative, however.

According to the magazine, the Hadid sisters were photographed by Steven Meisel and styled by Joe McKenna — the "styling" perhaps referring to the separate cover photographs.

Changing the Definition of Beauty in 2016: Unconventional Looking Models