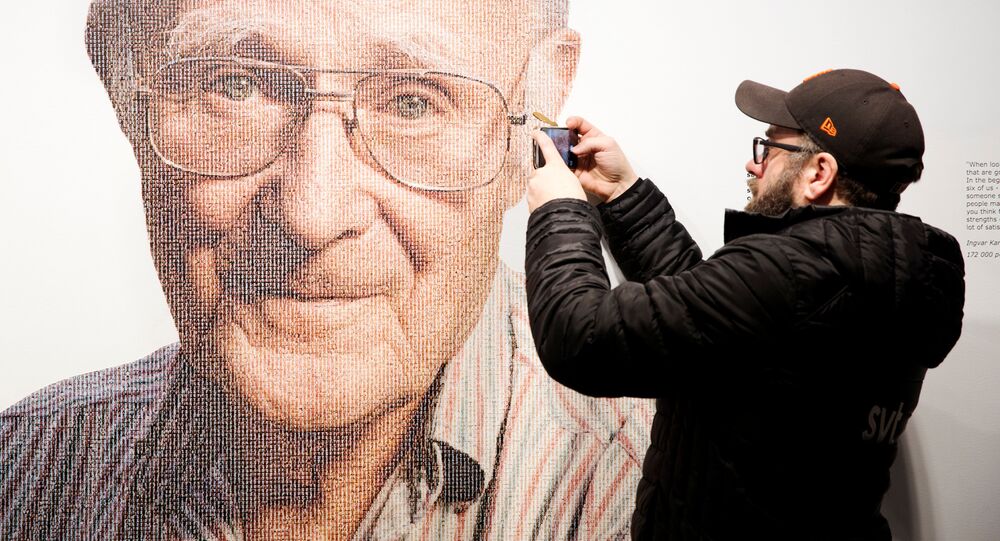 While Ikea outlets across the globe mourned the demise of its founder with a moment of silence and a Swedish municipality even voiced plans to name a street after the late Invgar Kamprad, many Swede's responded with indignation over his affiliation with Nazism, which was not a popular topic when he was still alive.

Ingvar Kamprad, who died this past weekend at the age of 91, was best known as the founder of Sweden's enormous Ikea furniture chain, one of the richest men in Europe and the embodiment of the "Swedish dream" of success through a rigorous work ethic.

To perpetuate Kamprad's entrepreneurship and simple ways of practicing thrift and diligence, the Huddinge Municipality, where Ikea's second department store opened in 1965, and is still the largest one in the world, voiced plans to name a road after the late industrialist. However, the proposal was met with protests due to some disturbing episodes in Kamprad's past, local media outlet Huddinge Direkt reported.

Many locals argued it was unfortunate and unsavory to baptize a street after a "Nazi" and a "tax dodger," Huddinge Direkt reported.

"Huddinge is a multicultural municipality, so it is important that no one feels offended by the name," Lundgren told Huddinge Direkt.

Barbro Sörman, former chairperson of the Left Party in Greater Stockholm, went so far as to say that Ikea founder's death was "nothing to mourn," calling him a "Nazi capitalist," the Nyheter Idag outlet reported.

The same parlance was used by Swedish artist and left-wing activist Dror Feiler.

"An innovative Nazi capitalist is dead," he tweeted.

​The background to the allegations is that Ingvar Kamprad had links to Swedish far-right parties during World War II. In the 1990s, the personal letters of Swedish far-right politician Per Engdahl revealed that Kamprad worked as fundraiser and a recruiter for his New Swedish Movement that supported Nazi Germany in the 1940s and maintained a close friendship with Engdahl until the mid-1950s.

Furthermore, a 2011 book by Swedish journalist Elisabeth Åsbrink, ventured that Kamprad's far-right sympathies went even further, as the Ikea founder was also claimed to be a member of the National Socialist Workers' Party, neutral Sweden's own counterpart of the Nazi Party.

When the accusations went public, Kamprad, Sweden's leading tycoon for decades, issued an apology in which he described his fascist affiliation as "the greatest mistake of my life."

​Another dubious chapter in Kamprad's past is that Sweden's leading magnate was revealed to have used "advanced tax planning" to divert about SEK 100 ($13 billion) into tax havens over the years, Swedish national broadcaster SVT reported.

"Ikea has become an important symbol of a modern society, where more and more people can create a better everyday life," Rembe said, as quoted by the Finnish Hufvudstadsbladet daily. She also said that few people in modern times have had such a significant impact on Sweden's image.

However, Aftonbladet journalist Martin Aagård wrote that all the "panegyrics to Kamprad" made him "see red," contending that the Ikea founder's biggest legacy arguably was converting Swedes from "citizens to consumers."

Despite Ikea, an acronym made up of his name (Ingvar Kamprad), the family farm he was born at (Elmtaryd) and the nearby village in which he was raised, Agunnaryd, having become a global brand worth over $57 billion at the time of Kamprad's death, its late founder was well known for his parsimony, reportedly reusing tea bags, pocketing salt and pepper sachets at restaurants and buying discounted groceries.

Only those who are asleep make no mistakes

IKEA Founder Dead at the Age of 91