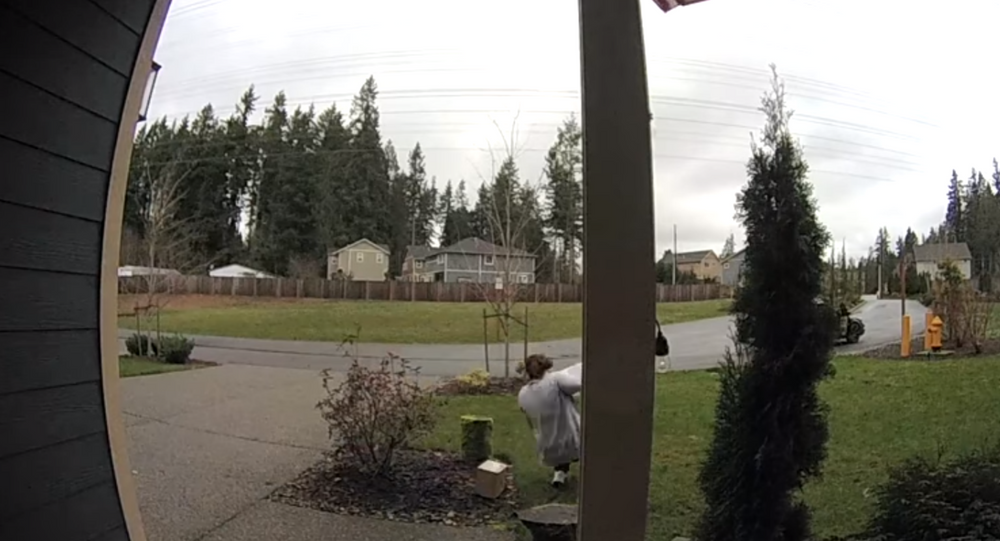 Washingtonian Lizeth Ababneh finally solved the mystery of what had been happening to her packages Friday after home security footage showed them being whisked away by two thieves.

Though the footage was upsetting, since the packages contained medication Ababneh's husband needed, the homeowner told Q13 that the only word that came to mind when watching the video was "karma."

Why karma, you ask? Well, just as the porch pirate turns to run away from the scene of the crime, she slipped and injured herself.

​Captured on the family's RING and Nest home security systems, the footage shows a car pull up to the Ababnehs' home just moments after a UPS employee leaves three packages on the front porch. The gray-sweater-wearing thief hobbles across the front lawn to get the goods, but just as she turns to head back to the getaway car she slips.

© CC0
From 'the American People': US Treasury Secretary Mnuchin Gets Package of Manure on X-Mas Eve
Unable to stand back up, the thief is heard in the video yelling out in pain before her accomplice helps her back into the car. The male counterpart later makes his way to the home to finish the deed, although not without nearly fumbling the booty himself.

According to Ababneh, their home wasn't the only one hit that day: the two robbers also got their hands on a neighbor's belongings.

An investigation into the crime has been opened by the Snohomish County Sheriff's Office,  FOX 59 WEB reported.

WATCH: Bold Thief Sneaks Off with $20,000 From Wedding Banquet in California