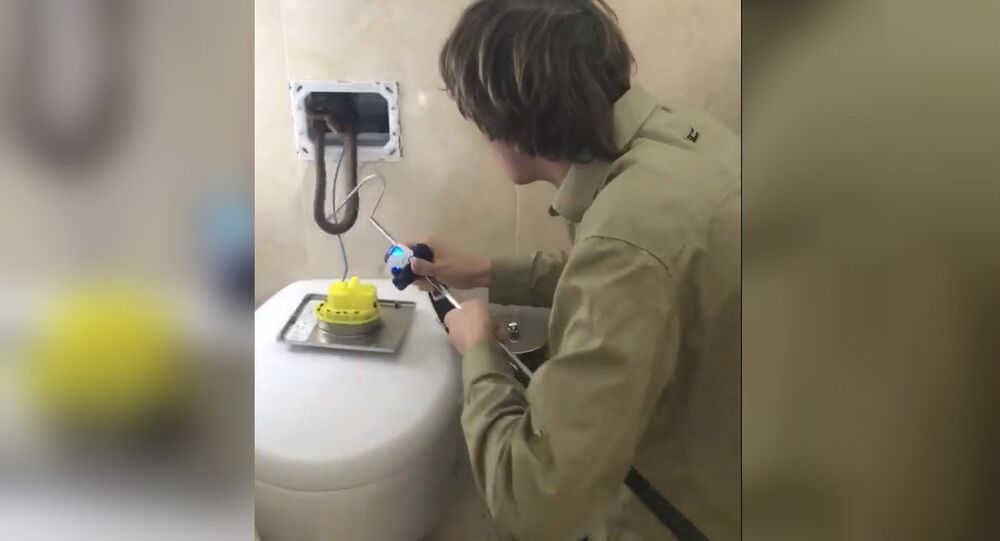 An Australian family believed its toilet was “haunted” by ghosts, but later realized that it was just a snake that got into its tank that was causing the random flushing.

Many things can be hidden in a toilet tank, but a family from Doonan, Australia, definitely didn’t expect to find a snake there. At first, the random flushing that had been going on for days made them think that their toilet was possessed by some kind of ghost. But the true cause of the toilet’s strange activity turned out to be not so supernatural.

In a video, posted on Facebook, Luke, a professional snake catcher, carefully removes the “grumpy” brown tree snake. Although it tries to bite him, Luke is quicker, and thus the snake goes into the bag for relocation to a different area where it won’t disturb anyone.

The video gathered a bunch of likes, with many users noting the snake catcher’s reaction speed and professionalism…

…and others were just shocked at where snakes can hide in a house.

Last year, a Chinese woman found a giant boa constrictor in her washing machine. The 52kg snake was collected by a wildlife rescue and rehabilitation center.