Swap of the Year? United Welcomes Sanchez, as Mkhitaryan Set to Join Arsenal

Prized forward Alexis Sanchez has finalized his move to the Old Trafford Club in a deal which will also see United playmaker Henrikh Mkhitaryan head to London’s Arsenal in return.

The deal for the much anticipated swap was signed on Monday, the Premier League clubs announced.

The 29 year-old Chilean was cited as saying:

"I am thrilled to be joining the biggest club in the world. The chance to play in this historic stadium and to work with Jose Mourinho was something I could not turn down. I am very proud to be the first Chilean player ever to play for United’s first team and I hope I can show our fans all around the world why the club wanted to bring me here."

The announcement video, posted by Manchester United on Twitter, has immediately rocked the social network, having been seen almost three million times in the first hour:

📹 | @ManUtd official announcement video for @Alexis_Sanchez has now over 100,000 retweets on Twitter in an hour! pic.twitter.com/e59rBJAt5v

The Twitterati has generally lauded the move, many engaging in talks over the football clubs' relevant prospects:

Manchester United fans already judging how Sanchez is better than Hazard with stats as if scored those goals in their shirt.

@HenrikhMkh you won us the Europa league and i hope you find form again soon, but welcome Sanchez! Your energy is much needed @Alexis_Sanchez

​Some, though, resorted to irony over the newly published video, taking the news with a pinch of salt:

Hello, Is That @Alexis_Sanchez?😳🔥 Welcome To @ManUtd 🔴 I Knew You Wanted To Come Milly Rock With The Mandem 🕺🏼👀 #manchesterunited #JLingz pic.twitter.com/n7qJk73QhW

Mhiki helped us win the europa league as sanchez helped Bayern in battering Arsenal 10-2 in UCL,

Arsenal got the better deal😂 pic.twitter.com/798tl8JcKl

United has agreed to pay Sanchez £400,000 a week and to spend around £15m in agents' fees, but midfielder Jamie Redknapp thinks that it's worth it considering the Chilean forward's incredible talent.

"Some players are born to play for Manchester United and Alexis Sanchez is one of them. Sanchez is a warrior who is blessed with incredible talent. He is a killer in the box who lives to score goals," Redknapp wrote in his column for the Daily Mail.

Following Alexis' medical on Sunday, Manchester United editor for the Manchester Evening News, Samuel Luckhurst, posted a picture of the Chilean forward in his new kit on Twitter. The image suggests that Alexis will keep his No.7 shirt despite leaving Arsenal, and has a chance of grabbing the spotlight in the footsteps of iconic United players like Bryan Robson, Eric Cantona and David Beckham. 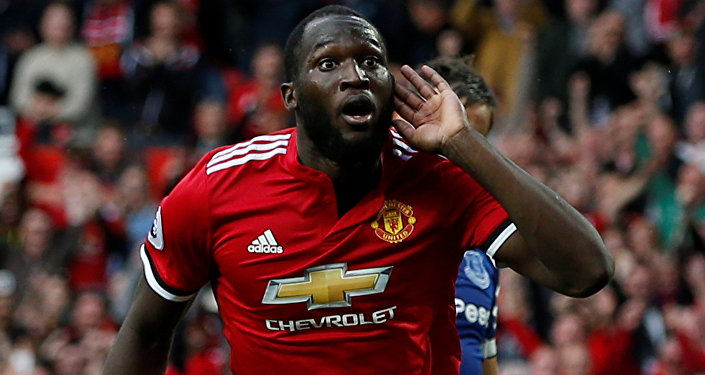 The end of August saw Sanchez almost join Manchester City, but that deal fell through when Arsenal were unable to sign a replacement.

"Alexis is one of the best attacking players in the world and he will complete our very young and talented group of attacking players," said Jose Mourinho, the United manager. Also, Mourinho expressed his thanks to Mkhitaryan and stressed the forward’s contribution to last season’s Europa League success.

"I would like to wish Henrikh all the success and happiness that I am sure he is going to get,’ Mourinho said in a statement. ‘He is a player that we will not forget, especially for his contribution to our Europa League victory."

Football: How to Revive the Magic of the FA Cup