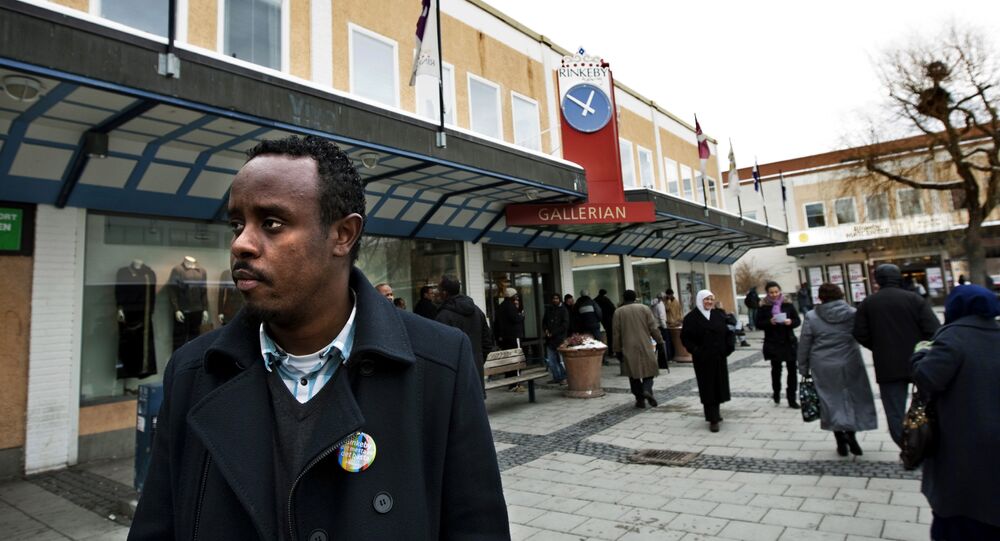 As Sweden becomes increasingly more diverse, the Nordic country faces huge integration challenges. To counter this, a new campaign has been launched to expose racism. The new definition of racism, however, includes such innocent questions as asking where you are from, triggering an outcry on social media.

For some, being seen as Swedish is natural despite having an appearance unlike ethnic Swedes. For others, being perceived as Swedish may be problematic, despite being born in Sweden. A new campaign, named #Nostranger, has been launched for people to testify to racist prejudice they have been subjected to in the Nordic Country, repeatedly voted the least racist in the world.

May-Britt Öhman Tuohea Rim reported how she, as a Sami, is thought to be "uninteresting" by the anti-racist movement, and had to add her Sami and Tornedalian name on Facebook in order to regain her rights. Tornedalians are a people of Finnish origin living in northern Sweden and some of them have a strong identity quite distinct from the majority Swedes.

"Unfortunately we often get snubbed as unimportant by the anti-racist movement for many reasons. A recurring reason is that many of us can pass as Swedes. After more than 500 years of aggressive colonization, we have developed some survival strategies and in many cases even had things forced upon us. Such as a Swedish name," Öhman Tuohea Rim told the Expressen daily.

© AP Photo / H&M
Black H&M Model's Family Leaves Home in Sweden Amid 'Racism' Controversy
While many perceive being seen as Swedish as offensive, others get triggered by not being seen as Swedish enough. David Karlsson from Skara finds it difficult when people ask where he comes from, despite being born in Sweden. According to Karlsson, examples of abusive behavior may include questions like "What was your name before you changed it to Karlsson?" "You talk good Swedish, how long have you been living here" and "Were you adopted?" Additionally, he gets irritated over people starting to talk to him in "lousy English" and sensing the irresistible urge to feel his curly hair.

Many of the stories are about dark-skinned Swedes facing abuse and being told to "go home." Others, however, concern occasions when people's racist prejudice is dashed when they find out that dark-skinned Swedes actually can speak Swedish well, and are revealed to have a good character.

One of the more famous people in the campaign is Mina Dennert, a front figure for the network #Jagärhär ("I am here"). The group was founded last year to fight trolling, fake news and racism in social media and has gathered tens of thousands of followers.

The campaign has triggered an uproar in social media, with users complaining that the anti-racism sentiment has gone too far. User Ointressanta Statusuppdateringar posted a comic, in which a girl asks a man "Where you from?" to which the partner thinks "Bloody racist."

​Swedish writer and polemist Katerina Janouch accused Dennert of only choosing people based on their skin color and ethnicity for the campaign.

"Think of what would have happened if a group was started just for white people," Janouch tweeted.

​Producer, songwriter and political activist Alexander Bard, formerly of the Army of Lovers, accused both #jagärhär "its spin-offs" #nostranger of being nothing but "troll armies of cat ladies posting crap on social media."

It turns out "the thousands of signatories" from Mina Dennert's power projects #jagärhär and #nostranger were no members at all, just thousands of people with foreign-sounding last names forcefully added by Ms Dennert herself to her facebook forums without even being asked first.

​"I suggest that all Swedes who've been on vacation abroad and were asked where they came from also speak out," a user tweeted sarcastically.