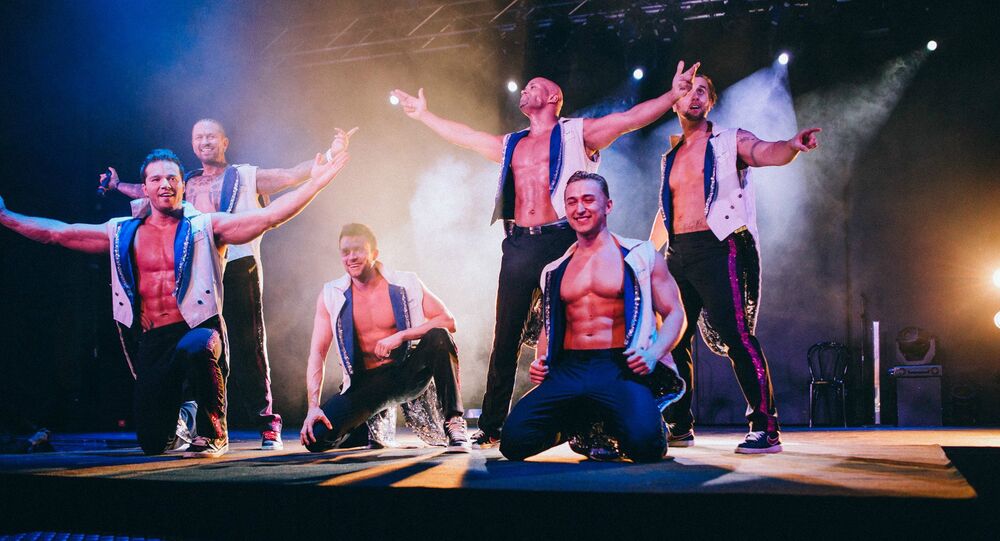 Residents at a Finnish senior care facility were treated to a spicy striptease number to cheer them up. The "crazy idea" resulted in no heart attacks among the elderly audience, and even evoked cheers.

As a gutsy experiment, the Pohjois-Haaga retirement home in Helsinki decided to test something quite unlike the usual sort of elderly entertainment, such as bingo and sing-alongs, inviting muscular Scandinavian hunks to perform to an audience they seldom, if ever, get to see.

The racy number performed by the brawny beefcakes, which involved bare torsos and a lot of hip-thrusting, received a warm reception among the aging crowd. The half-hour show, which was accompanied by colored lights, stood out from the generally quiet atmosphere at the senior home and left an indelible impression on its residents.

"It was so much fun that all my pain disappeared and I actually felt like I was getting younger during the program. It almost made me want to dance myself," wheelchair-bound Ulla Aalto told national broadcaster Yle.

​She was not alone in the audience to get spellbound by the young men's twisting and turning.

"It was so good that I could have watched for however long. Dancing men is something you hardly ever see. I'd want to see more of this kind of show. You don't need to be stuck inside four walls and watching TV when you have such appealing men dancing," 98-year-old Ritva said.

For other, it was the trademark striptease part that matter, albeit involving the top half only, as a concession to the audience.

"It was taking their clothes off! Well, they didn't take everything off, but at least the shirts came off!" an enthusiastic Aalto said.

© CC0
Grumbly Geezers: Finns Flustered by Aggressive Geriatrics
By his own admission, Matias, one of the dancers, swore that he could hear cheers "shirts off!" from the back of the room as soon as the show had started, which made it clear that the public was not about to be taken aback by what it was about to see.

It is director Janika Karvonen who gets the credit for the idea of such an uplifting performance. By her own admission, she saw the hunks train in the gym and wondered whether she could invite them to the senior home facility to cheer up the residents. Having mustered all her courage, she asked a member who was at the gym.

"He thought it was such a good idea that he gave me his contact information and here we are," Karvonen explained. According to her, this "crazy idea" was given a great deal of support and has paid off handsomely.

"They said it was brilliant that we did this kind of thing for older people as well. You know, giving the elderly a chance to do the same thing that younger people do," Matias said.

Started in 1998, Scandinavian Hunks are one of Finland's leading dance groups, promising an action-packed and energetic show, and a "stage full of masculine power."