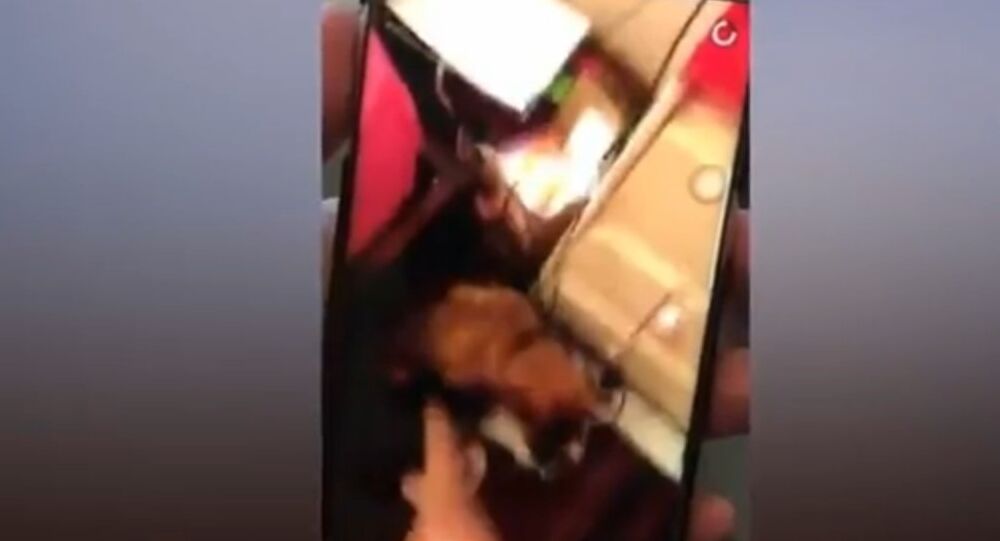 An Australian teenage girl has been charged with animal cruelty and banned from owning pets for two years after a violent video she took of herself hitting an innocent puppy went viral online, much to the shock of internet users.

A recent shocking video showing a puppy wincing in pain as it is being repeatedly kicked with feet has sparked a massive social media fury. Claire Elizabeth West, a 17-year-old girl from Rockhampton, Queensland, who was behind the camera, could also be heard saying more than 26 times in the video, "Dog's dead… how do you like that?"

The video of the assault on the defenseless dog was shared on Snapchat and Facebook on January 13, where it immediately went viral, triggering widespread public outrage.

Many users were left heartbroken and in tears after watching the shocking footage.

RSPCA Queensland and local police were informed of the incidence. "The dog in question is healthy and safe, we will give more updated on this case in the days to come," the organization wrote in a Facebook post.

YouTube/Johnny Cheng
‘She is Out of Her Mind!:’ Hawaii Woman Caught Dragging Dog Behind Car (VIDEO)
As it turned out on Monday, after the girl appeared in Rockhampton Magistrates Court, Claire had received a series of troubling messages from her ex-boyfriend, Rylee Phillips, and his new partner before the attack on the puppy. The threats in the video were eventually addressed to Rylee, who is said to be the dog's owner.

The girl's defense lawyer said that West was sorry for what she did and was "completely humiliated and angry" at herself. She was charged with one count of animal cruelty, banned from buying a dog for two years and also given a two-year probation order.

Woman in Germany Reportedly Incites Her Dog to Attack an Ethiopian