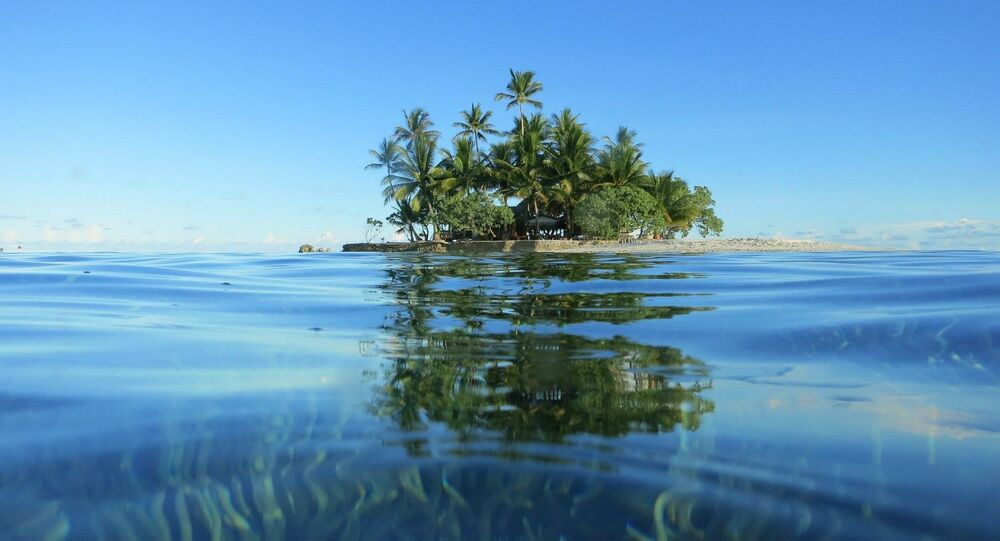 Vladimir 'Vovan' Kuznetsov and Alexei 'Lexus' Stolyarov, the famous pranksters who tricked Haley into a self-assured outburst about Russian meddling in Binomo's elections, have promised to send Kuzmin's new tune on to the State Department. Late last month, thinking she was speaking to the Polish prime minister, Haley told Vovan and Lexus that the State Department was aware of Russia's meddling in the fictional island's affairs, and was "closely monitoring" the situation.

Earlier this month, Kuzmin released 'Binomo', a reggaeesque tune inspired by Vovan and Lexus' trolling. Accompanied by a sarcastic "Based on a True Story" intro tagline, the song is a kind of love letter to Binomo, with Kuzmin singing about a former Oklahoma resident's "overwhelming pride" with his newfound "favorite country," governed by the wise Bitcoin creator "President Satoshi Nakomoto."

© AFP 2021 / Jewel SAMAD
Nikki Haley's Fantasy Island: US Representative to UN Gets Served by Russian Pranksters (AUDIO)
Speaking to RIA Novosti about the new song, Stolyarov joked that it was clear that for many people, Binomo has now come to be associated with the State Department's 'extensive knowledge' of geography.

"Just a few minutes before the call, we decided that we would test Haley…on her knowledge of geography; 'Binomo' was the first thing that came to mind," the prankster recalled. "We had a similar case already with Congresswoman Maxine Waters and Limpopo. [These officials] try to show that they are aware of world affairs, when in reality they are completely incompetent. Nikki Haley is an example of such American 'education'."

Commenting on Kuzmin's new track, Stolyarov said that it was very positive and easy to remember. "I would like this song to be listened to by the entire US State Department. I think I'll send them a link. We had spoken and communicated back and forth with them for some time before the conversation with Haley. Now we'll send them the song and continue on trolling them."