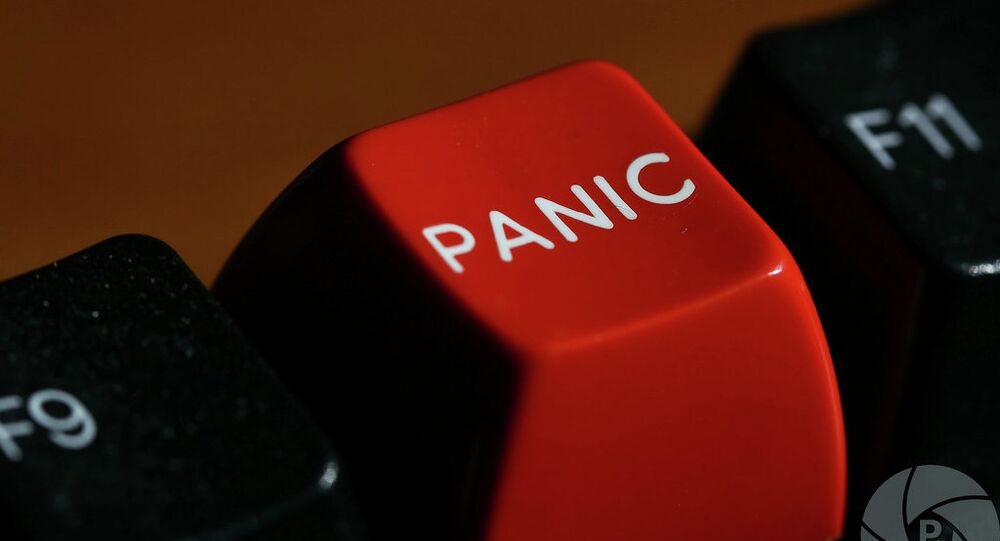 After learning that the terrifying "ballistic missile threat inbound to Hawaii" message sent out by the state's emergency services was the result of an employee "pushing the wrong button," social media users have been on a ruthless quest to troll local government officials, the president, the media, and just the absurdity of the entire situation.

Saturday's erroneous all caps "THIS IS NOT A DRILL." nuclear missile strike emergency alert sent hundreds of thousands of residents of the state of Hawaii into a panic, with people sending out chilling goodbye messages and trying  desperately to save themselves from the phantom incoming North Korean nukes.

Students at University of Hawaii at Manoa panicking after missile threat was issued #hawaii pic.twitter.com/NfDkt1L5TQ

However, Hawaii Governor David Ige's effort to reassure the public, including a Twitter apology and the admission that the alert was "a mistake made during a standard procedure at the changeover of a shift," where "an employee pushed the wrong button" only succeeded in turning terror and shock into anger over the government's incredible incompetence.

and prayed for peace.

I know firsthand how today’s false notification affected all of us here in Hawaii, and I am sorry for the pain and confusion it caused. I, too, am extremely upset about this and am doing everything I can to immediately improve our emergency mngment systems

But comedians, both professional and amateur, saw the fiasco as a perfect opportunity to ply their trade.

Kim Jong Un: " Nuclear Launch Button Is on My Desk! "@realDonaldTrump: " I too have a Nuclear Button, but it is a much bigger & more powerful one than his, and my Button works!! "#Hawaii #ICBM #Emergency Alert Guy: “Hold my beer!!! ” pic.twitter.com/Hmc8wI47Y1

How is it fhat you can send a nuclear attack alert just by pressing the wrong the button? I have to confirm three times before deleting an email. #Hawaii

Hawaii missile warning technician — "damn, first day on the job. Come on Gerald u can do this"
[sets coffee down on nuclear launch warning button]

Oh ok so somebody just accidentally pushed the “button” in Hawaii today 🤔well as long as we know the truth. pic.twitter.com/E1aCvEFeIN

As expected, the incident also led to the birth of dozens of hilarious gif-based memes.

The dude who accidentally pushed the nuclear alarm button in Hawaii rn pic.twitter.com/SM3c4ZZBAC

WhAt DoEs ThIs BuTtOn Do?! pic.twitter.com/PrGJMtVJbc

Other users took a more serious tone, pointing to the incident as evidence of what happens "when the nuclear age collides with the digital age."

Hawaii false alert should be an early warning sign of what happens when the nuclear age collides with the digital age. Panic precedes confirmation; decision-times shrink. In Cold War we had more than a few false alarms, but they were detected before someone hit the panic button.

Today I learned, if an actual nuclear missile does hit Hawaii, I'll probably die like a fool while googling what I should be doing instead. It's unfortunate that this event happened, but I'm glad to be alive.#Hawaii #NuclearButton #ThankGod #FalseFlag #indiedev #IndieGameDev pic.twitter.com/dzkLtsf3SM

The False Alarm in Hawaii this morning should act as an ice cold shower to President Trump who uses the threat of Nuclear war to brag about “button size” while making it his goal to come up with a bigger insult than Kim Jong Un can, rather than aiming for a peaceful resolutions.

In Hawaii, there was real heartache. People gathered their families, called loved ones, said their goodbyes, embraced, waited for the flash, the last snuff of life. There is an underlying truth we stared down: all it takes is one button to move a million souls #missilethreat

A few even suggested that there may have been something more shady here, pointing out that there was simply no way to just "accidentally" trigger an alert like this.

In all seriousness, I administer an emergency alert system. There is NO possible way to "accidentally" send an alert like Hawaii EMA did today. None. You can screw up the wording, but you can't just "hit the wrong button." There are safeguards, even with snap-send alerts.

Hawaii Governor says False Alarm caused by employee who pushed "wrong button". So why did it take 35-40 minutes to press the "right button"?

There is no such thing as hitting the wrong button in issuing a ballistic missile attack warning, a procedure that takes multiple confirmations. #Hawaii

As expected, the false alarm also caused political trolls to come out in force, Trump supporters lashing out at the presumed incompetence of the Democratic Party-run state's officials, while the president's critics blamed his itchy trigger finger for putting the entire country on edge.

The false alarm was incompetence within the Democratic-controlled state of Hawaii.

There was a ridiculous process which allowed a single individual to “press the wrong button,” terrify the entire state, and potentially trigger a nuclear war.

Dems need to focus on business.

Let’s be thankful that when the false alarm in Hawaii went out, our president was probably kicking his golf ball out of a sand trap & not anywhere near a nuclear button.

Finally, others wearily took note of the fact that 2018's just getting started.

…Not even two weeks in…

Australian in Homemade Boat Got Lost Near Hawaii, Rescued After 100 Days at Sea