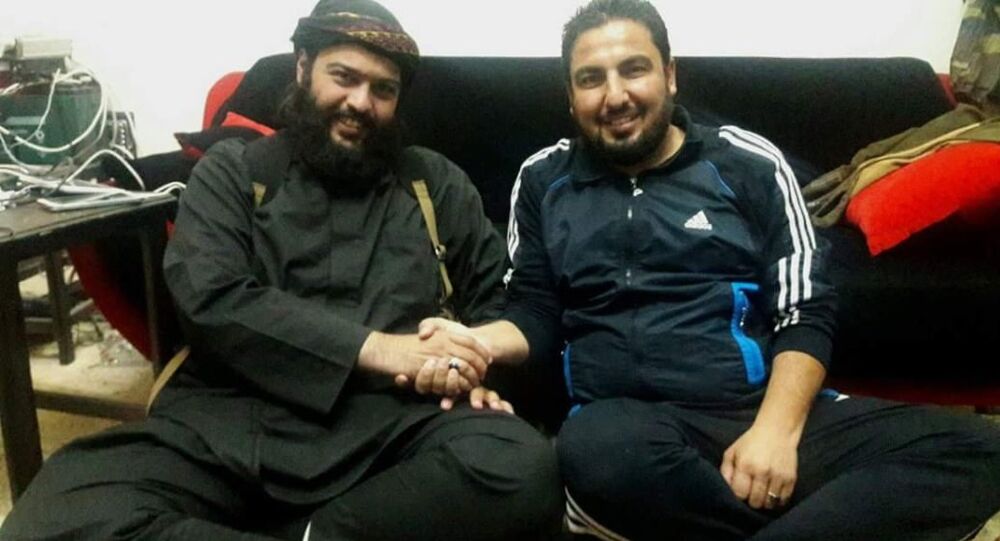 Social media users have slammed the Washington Post bureau chief in Beirut, Liz Sly, for posing a terrorist supporter as a hero journalist. She refused to issue an apology.

The chief of the Washington Post Beirut bureau posted a tweet, praising the courage of a reporter in Syria, who was quickly revealed to be a supporter of jihadists. However, the WaPo journalist has not removed the tweet, apparently seeing no problem with it.

On January 11, Liz Sly retweeted a video showing a man holding a microphone and reporting in the middle of an airstrike. Purportedly, the strike was launched near the Syrian city of Idlib, where the Syrian Army and opposition forces have recently been engaged in fierce fighting.

"This Syrian journalist, standing in an open field while bombs explode all around him, is very lucky to be alive. No flak jacket or helmet. You can barely hear him above the explosions. He and his colleagues are very brave," Sly wrote, adding in another post that the name of the journalist is "Tahir al-Umar and he is with Free Syrian TV."

This Syrian journalist’s name is Tahir al-Umar and he is with Free Syrian TV https://t.co/omyp3ezwsQ

​Her view of the situation, however, was quickly challenged in replies, including by several journalists who pointed out that the man in the video, also known as Abu Omar, is not a hero journalist, but an Islamist propagandist.

Omar does not conceal his allegiance to Islamists, and many of his posts on Twitter praise the "sacrifices" of the "mujahideen," along with any combat victory of Daesh and other radical groups.

"The Shia militias have been turned into minced meat on the Syrian-Iraqi border. Five Islamic State [Daesh] bomb trucks exploded, 60 dead and dozens wounded," he said in a tweet from August 8, 2017, accompanying the post with two laughing emojis.

His Twitter page is now "suspended because of unusual activity," but can still be accessed.

Many users expressed their dismay over the praise for a "terrorist propagandist."

Seriously, tho, you promoting official terrorist media.
This guy is also bravely barking "allahuakbar" along with fellow al-Nusrats while they beheading prisoners… How low can you go?

WP and their so called "journalists" openly supports terrorists.

His name is Mousa al-Omar. Look up his links to AlQaeda and other jihadist terrorists and the delete your tweet to save some face.

​In 2016, Omar was embedded with the jihadist group Jund Al-Aqsa, part of a jihadist alliance led by Saudi cleric Abdullah al-Muhaysini, who is considered a terrorist by the United States.

Definitely dangerous what he is doing and needs a lot of guts. But it's a stretch to call him a journalist. He is with a tv called 'Free syrian army tv' which is an HTS propaganda channel. Before that, he was the media man of Muhesini (who is on the US terror list).

R u seriously calling the al-Qaida pitchMan a 'brave reporter"?
Gee, if US reporters will propagandize jihad for free Qataris and Saudis will stop paying me, even my man-child face that work so well on gullible westerners would not work. 😳 pic.twitter.com/dg82tPKONU

​Sly, however, said she has nothing to apologize for, as she praised the man on the video for "bravery" and his allegiance is irrelevant in this case.

"I dispute that I gave 'praise' to the journalist or his journalism. I pointed out that standing up in a field and continuing to talk while explosions are going off all around you is brave," she told RT.