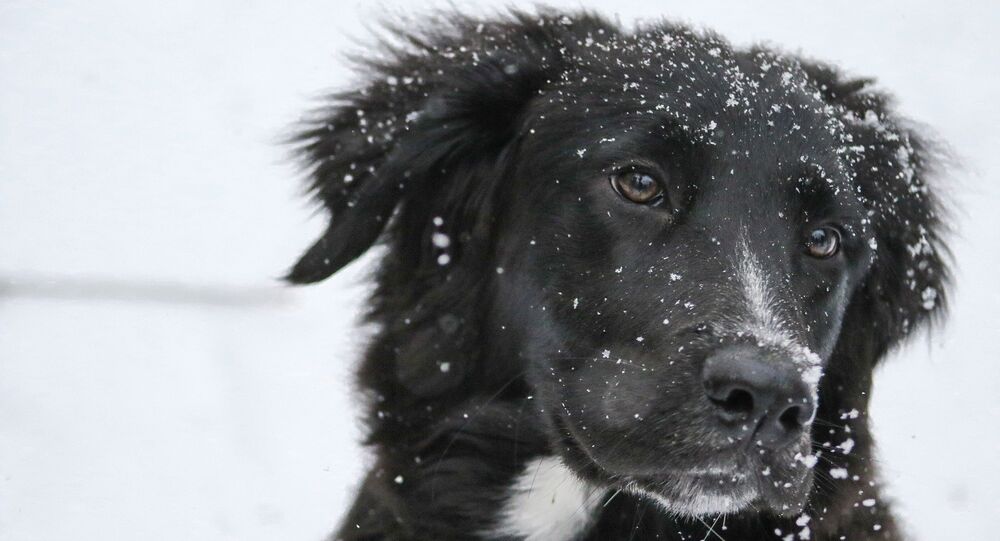 The man jumped into action after the local emergency services took their sweet time arriving at the scene.

A resident of the town of Sortavala in Russia's northern region of Karelia stripped down to his underwear and went out onto the frozen but quickly melting surface of a local lake to save a dog trying frantically to climb out of an ice-hole.

The man, whose name was later revealed as Pavel Lyzhkov, turned out to be a casual bystander who was passing by the lake when he saw the struggling dog and a small group of women and children looking on helplessly. The incident reportedly took place last Wednesday.

The video shows Pavel on the ice, grabbing the dog by the fur on its back, trying not to fall in himself, and pulling it out as it yelps and cries. After being pulled out and led to shore, the dog shakes itself off and proceeds to walk around, visibly shaken but not injured.

The video has gone viral, netting 100k+ views on the Russian social media service VKontakte, and nearly 50k more on YouTube. Users praised the local hero, calling Pavel a real muzhik, marking their respect and admiration and wishing him all the best for his kind deed.

From Awe to Awww… The Animal Kingdom's Cutest Exotic Critters

Purr of the Wild: Puma Finds Human Parents in Russia

Unusual Match: Affectionate Duck Makes No Disguise of Feelings for a Dog