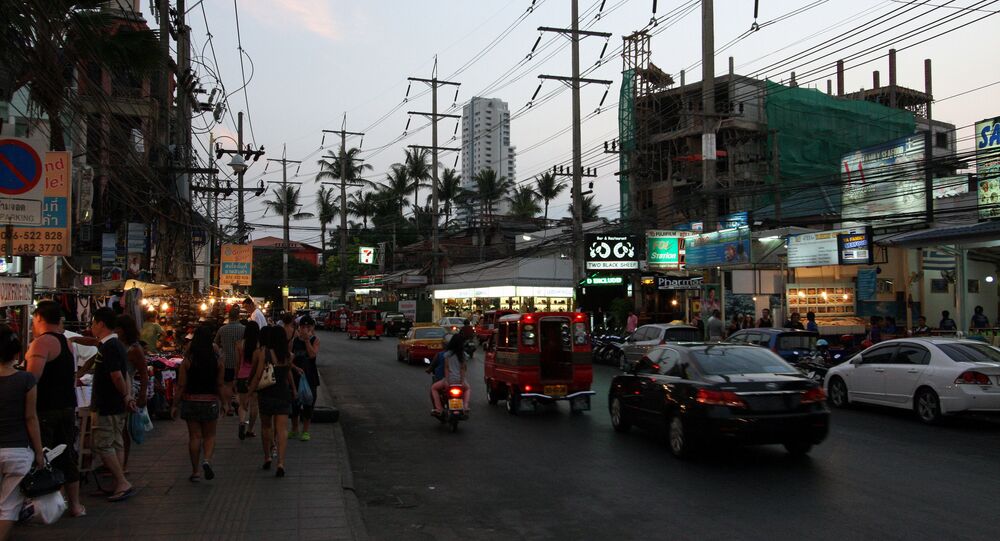 Visitors to Phuket International Airport were terrified to witness a naked man strolling around the departure hall, yelling and throwing his own poo at staff.

On January 4, Steve Cho, 27-year-old South Korean who also holds a US passport, was arrested as he was walking naked through the airport, having previously refused to submit to the police demands.

The man's naked rampage was caught on CCTV cameras at Phuket airport.

After Cho took off his clothes, he headed to the departure lounge, ignoring the airport's staff who tried to calm him down. What is more, he defecated on the floor and offered resistance to six security guards… throwing his faeces at them.

Screenshot/Viral Videos
Woman's Naked Walk Through NYC Was Punishment for ‘Cheating' (VIDEO)
According to a statement from Phuket International Airport, when the man recovered his composure he confessed to overdosing on Viagra pills and losing his consciousness.

The man apologizied for his actions and said he was ready to pay for the inflicted damage. Cho was sent to hospital for further psychiatric checks and now he remains in custody.

Woman's Naked Walk Through NYC Was Punishment for ‘Cheating' (VIDEO)