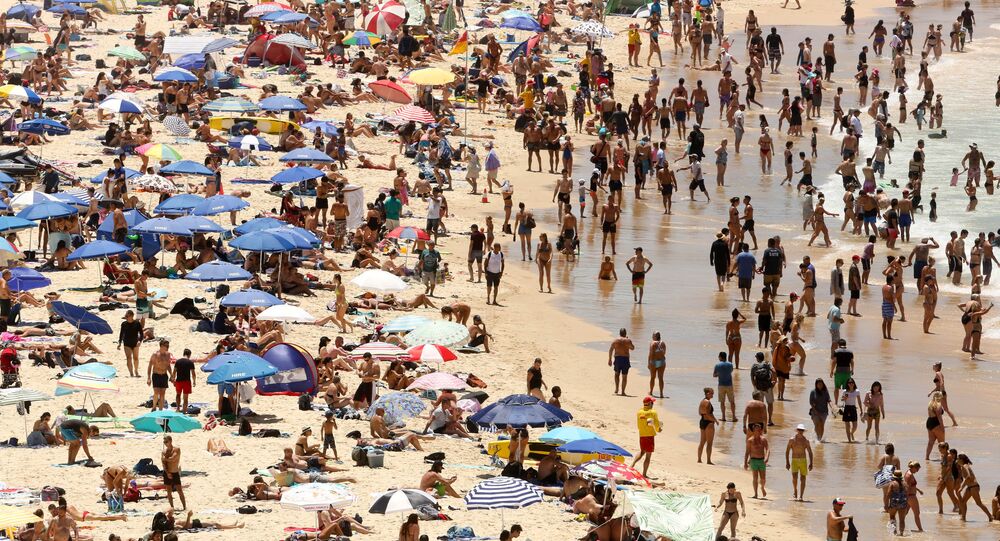 As Australia Swelters, Sputnik Rounds Up Cool Advice For Dealing With Heat

What are your golden tips on how to cope with extremely hot weather? Due to climate change, there has been an intense and in most cases abrupt rise in global temperatures, and it makes perfect sense to outline the most essential measures to resort to in "close encounters" with the Sun.

Sydney, Australia, has been suffering from a massive heatwave recently, with temperatures hitting a record high of 47.3C (117F).

Sunday's temperatures fell short of the scorching heat registered in the area back in 1939, when the mercury reached 47.8C. Players participating in the Sydney International tennis tournament, France's Kristina Mladenovic among them, were even forced off the court before midday on Sunday, after temperatures hit 40C.

How cool, the girls got to meet Australian #icon @samstosur today at the #sydneyinternational tennis event @sydolympicpark. It’s a hot one today. Can’t understand how these players perform in this heat. #icebath #tennis https://t.co/D9LFszpZOU pic.twitter.com/e32bpKI2Is

As the town bore the brunt of the heat on Sunday, residents were severely sweltering amid multiple heat warnings.

There's a heat wave coming to Sydney this week-end, and the best place to be is in the water! pic.twitter.com/jP7VEUNYdW

Several blazes were recorded on Saturday, and a number of properties were destroyed in the states of Victoria and South Australia.

In September 2017, Australians were warned to prepare for a dangerous bushfire season after one of the driest winters on record. In recent years, Australia has witnessed over 200 weather records, with severe heatwaves, bushfires and floodings among them.

The main risks posed by a heatwave are those of dehydration and overheating, which may result in heat exhaustion and heatstroke. Meteorological experts traditionally issue warnings for varying levels of heatwave, from a level one alert through to level four.

Health services also issue recommendations on how to deal with the heat. While no specific action is needed for a level one alert, level two notifications demand some preparation and a number of measures to be taken.

Sputnik has made a compilation of the most essential ones:

For instance, the public is typically advised:

• to plan their day well in advance, in order to avoid being caught up in the scorching midday heat.

• have cool baths or showers to avoid body heat,

use quality sun-protective cosmetics, sunglasses and hats when in the street,

• drink as much water or sugar-free drinks as possible.

In addition, meteorologists recommend, do not forget to use shades to keep the rooms in your apartment cool.

Level four heat can sometimes result in people needing medical assistance. Thus, do not hesitate to consult a GP once someone is feeling unwell and shows symptoms of:

• cramps which get worse or don't go away