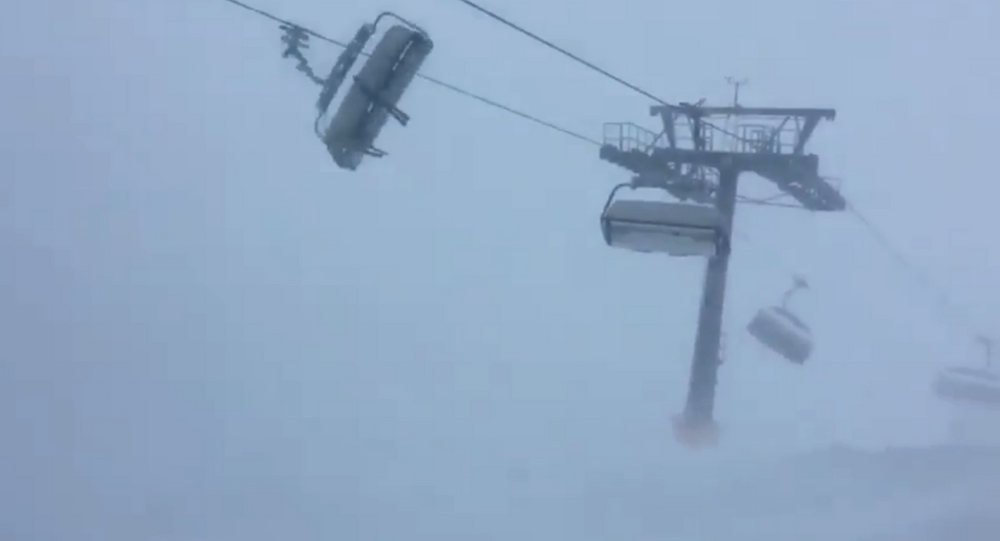 As Storm Eleanor battered parts of Europe with hail, snow and 100 mph winds, a group of skiers at the Silvretta Montafon ski resort in Austria got a taste of its strength Tuesday after getting stuck on chairlifts.

Filmed by Peter Cottens, a visitor at the resort, footage of the incident shows strong winds whip skiers trapped inside chairlifts back and forth as rescue workers try to get them back to safety.

All skiers were ultimately rescued.

Elsewhere, Eleanor hasn't been as kind — four people were killed in France while two others were killed in Spain after being swept out to the sea by large waves, according to reports.

The powerful storm began lashing parts of Ireland and the United Kingdom on Tuesday and Wednesday, triggering massive flooding and cutting off power to tens of thousands of homes.

Across the pond, the US was dealing with its own winter storm, a "bomb cyclone." The storm, which has largely departed the US' northeast region, is responsible for at least eight deaths, The Weather Channel reported.