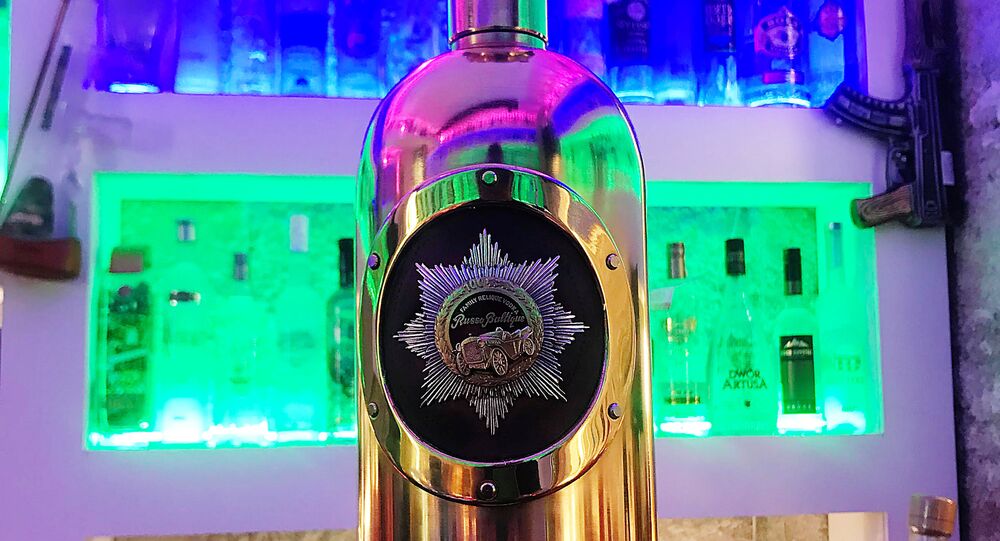 A bottle of vodka worth some $1.3 million was stolen from the Café 33 bar in Copenhagen, the owner of the place reported to police.

The precious Russo Baltique vodka was pilfered from Brian Ingberg’s collection on Tuesday. The price is explained by the fact that three kilograms of gold and the equivalent amount of silver were used to make that one-of-a-kind bottle, which is also reportedly adorned with leather from a 1912 Monte Carlo rally car.

“I had loaned [the bottle] from Russia from something called the Dartz Factory, which makes the world’s most expensive cars and vodka. It has been part of my collection for six months, but not anymore,” Ingberg told TV2 Lorry.

“They apparently had a key or copied a key, and they  rolled up the shutters and unlocked the door, then gone into the bar and broken down the door to the vodka museum in the basement. They then left with only one bottle, even though there are 1,200 bottles they could have taken,” Ingberg told the media outlet.

The police are investigating the theft.