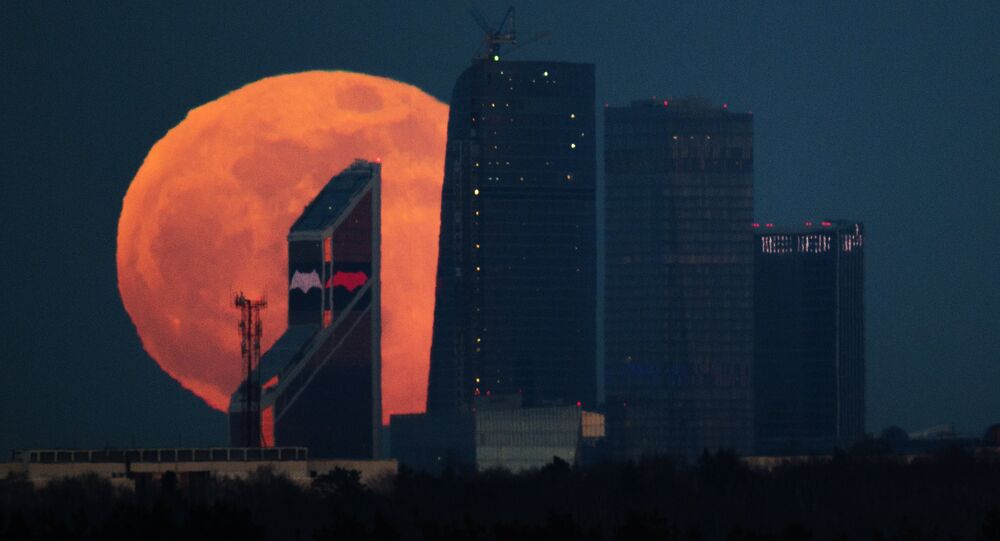 New Year’s Gift From Space: Supermoon Rising Over the Earth

Earthlings are set to witness a rare astronomical event in the beginning of the year – a supermoon. During the occasion, our planet's natural satellite will be at its closest point to the Earth this year.

On the first night of the year, the moon will approach the Earth at a distance of 356 thousand kilometers and will look 14% bigger and 30% brighter compared to the moment when it’s at the farthest point from the Earth’s orbit.

“A beautiful picture awaits the observers on the night of January 2 — at midnight the supermoon will be high above the constellation of Orion, in Gemini,” the Moscow Planetarium said in a statement, stressing that the event will be visible till Tuesday morning in Moscow, given that there will be cloudless weather in Moscow.

Once skies had cleared last night, the big glowing #supermoon was looking impressive. Same again tonight, with precise Full Moon at 02:25, and perigee 4 hours earlier. It's the biggest one of the year. More at https://t.co/tOXEBC9Khg @CavGC pic.twitter.com/bMNqh2glJo

​​​Though it’s hard to observe the change in the moon's size during the super moon with the naked eye, such astronomical events may stimulate the interest in astronomy, according to Russian astronomer Vladimir Surdin.

The New Year’s supermoon will be the first noteworthy astronomical event in a series of similar occasions this year. The second supermoon will occur on January 31 and will coincide with the full moon eclipse.