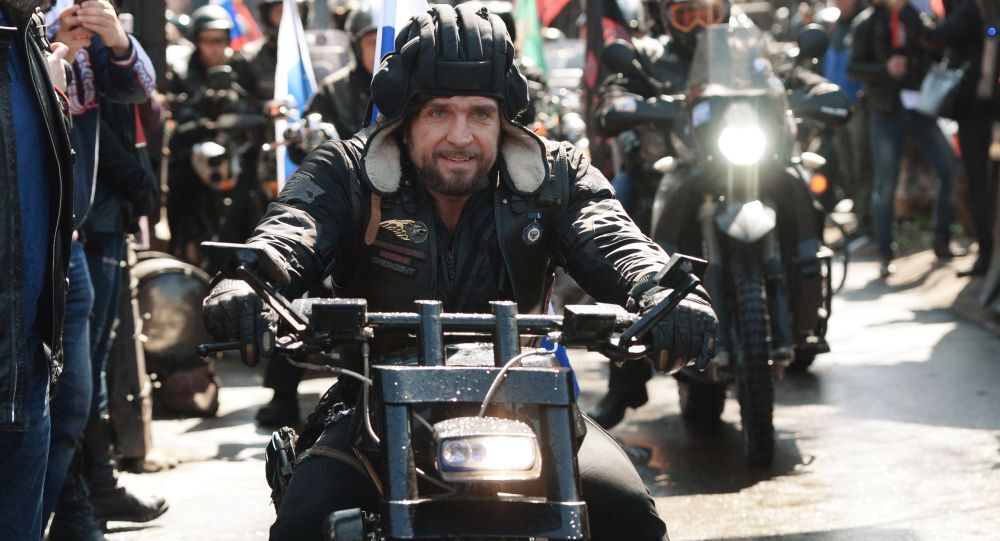 The misunderstanding began after the fast food company suggested that members of a Russian biker club known as the Night Wolves dress up as reindeer and help deliver fast food over the New Year's holidays.

In an official letter addressed to Night Wolves leader Alexander 'The Surgeon' Zaldostanov, Burger King Russia director of communications Ivan Shestov wrote that the company could use some extra help from the bikers over the upcoming holiday with deliveries. The company promised to pay the Night Wolves 30 million rubles (about $520,000 US), on condition that they make the deliveries dressed up as reindeer.

"Wolves are too somber and aggressive. Reindeer, on the other hand, are festive and in the spirit of New Year's. They're also among the fastest animals, and are therefore a perfect fit for our promise to deliver in 30 minutes or less," Shestov explained, adding that the bikers' beards, similar to those of Father Frost (Russia's version of Santa Claus) are a perfect way to bring holiday cheer.

© Sputnik / Natalia Seliverstova
Australian McDonald’s Revives Fans' Fave Over Petition
In his response, published on his Russian social media site VKontakte, The Surgeon wrote back that unfortunately, he and the Night Wolves would be busy over the holidays, and wouldn't be able to take the company up on its offer.

"Furthermore," the biker explained, "the brand 'Night Reindeer' has already been patented by Rospatent. Therefore, to limit possible repercussions for your company, we recommend that you and Burger King's employees see out the outgoing year dressed as roosters. We won't promise you 30 million rubles, but can guarantee a growth in sales, and just an influx of curious visitors to your fast food chain."

Ultimately, The Surgeon joked that, given weather forecasts promising warmer than average temperatures, Burger King's employees "can keep [their] rooster outfits on twenty-four hours a day. In our opinion, the outfit will be a good match both for your company and its management."

The Surgeon's response was more diplomatic and reserved than that of some of his fellow Night Wolves. Grozny chapter president Alvi Mutaev said that Burger King's idea was "horrible." "How can Night Wolves call themselves deer? I'm not a deer, and never will be. I'm a night wolf!" Mutaev stressed.

The biker club's Moscow chapter press secretary Alexander Bulldog said that the bikers never received any official offer, and that this was all part of a Burger King ploy to get free PR. The biker suggested that the company's management has "the maturity level of a fifth grader."

Formed in the 1980s, the Night Wolves became the first official biker club in the USSR. The bikers run multiple night clubs, arrange rock concerts, run several tattoo parlors, and have their own clothing line. Involved in Russian political and social life, the bikers make motorcycle pilgrimages to holy Russian Orthodox sites, stage an annual motocross in honor of Victory Day, and try to promote a message of Russian patriotism. In 2014, Zaldostanov and several Night Wolves bikers were sanctioned in the US and Canada for their efforts in support of Crimea's return to Russia.

Burger King opened its first restaurant in Moscow in 2010, and as of late 2017 has 493 restaurants across Russia.

Americans Rush to Buy Szechuan Sauce at McDonald’s Across US