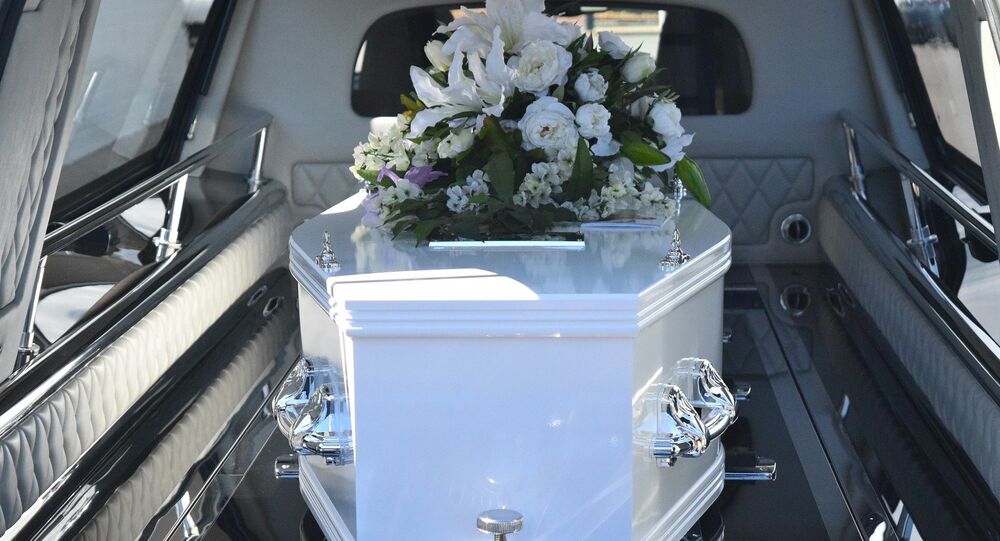 The calendar, created especially for the company Lindner Coffins by the marketing department of the Italian multinational Pirelli, is already in its ninth year.

Racy calendars are nothing new, but a Polish coffin-maker's pictures featuring nude and scantily clad women posing amid its products seems to be deliberately designed to raise eyebrows.

Previous editions of the somewhat morbid calendar have been condemned by everyone from conservative groups to the Polish Catholic Church, which called them "inappropriate." However, Lindner insists that its irreverent approach to death helps people get used to the fragility and transience of life, and brings people closer to nature.

In a break from previous years, which featured black and white images and Gothic symbols, this year's photos include more idyllic motifs such as flowers, apples, and other images associated with a "return to life."

"Put your head on the green grass. Listen to the singing birds. Take a rest under the shade of a green tree. Feel the Lindner Calendar 2018," the promotional slogan for the calendar reads.

The coffin maker has engaged in a marketing campaign over the past few weeks on its Facebook page, revealing images that would be featured in the calendar. Now, the calendar has begun sales, albeit in a very limited edition.