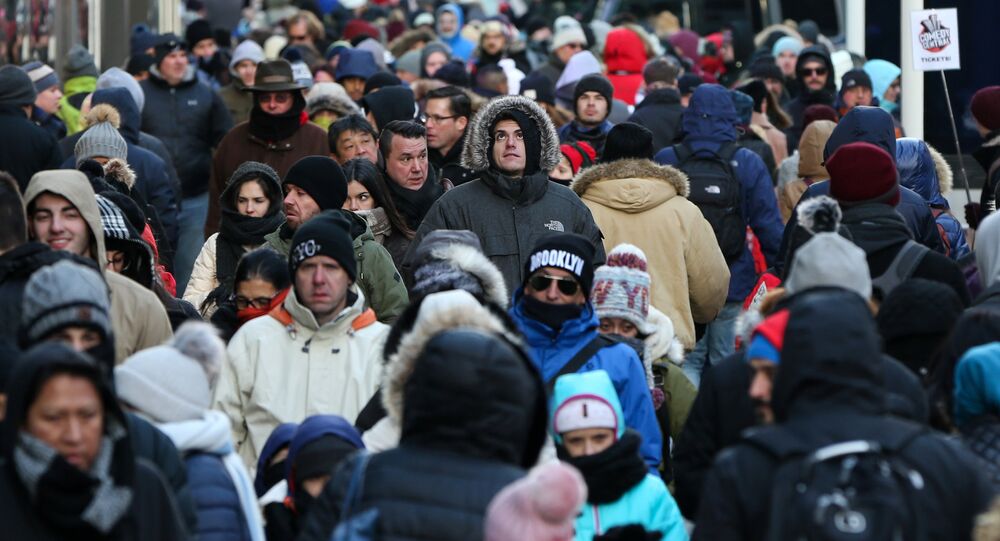 With temperatures reaching record lows across the US eastern seaboard, President Donald Trump has decided to give his thoughts on the matter.

In a recent tweet, US President Donald Trump cast doubt on the concept of ongoing climate change and wondered whether his country should pay hefty sums on all this.

The remarks were the latest in a series of Trump statements using individual weather events to 'disprove' the widely accepted notion of anthropogenic climate change – the idea that observable changes in global weather are the result of industry and other human activity.

In the East, it could be the COLDEST New Year’s Eve on record. Perhaps we could use a little bit of that good old Global Warming that our Country, but not other countries, was going to pay TRILLIONS OF DOLLARS to protect against. Bundle up!

"It's freezing and snowing in New York – we need global warming", he tweeted in 2012.

A year later, he again referred to freezing weather in the US at the time, describing global warming as "a total, and very expensive, hoax."

Your magnitude of stupidity never ceases to amaze. Perhaps educate yourself on global warming Mr Trump you absolute idiot. I hate name calling but your ignorant stupid tweet is sent to people who either blindly believe you or are to ignorant to read the truth. #irresponsibleidiot

In 2016, he said that he thinks "the climate change is just a very, very expensive form of tax."

Some users did not mince words when describing Trump's mental abilities in context of his tweet.

Remarkably, almost all of them were unanimous to say that Trump should think twice before saying similar "stupid" things."

Of Men and Moles: Trump to Discuss Climate Change With May at G20 Summit