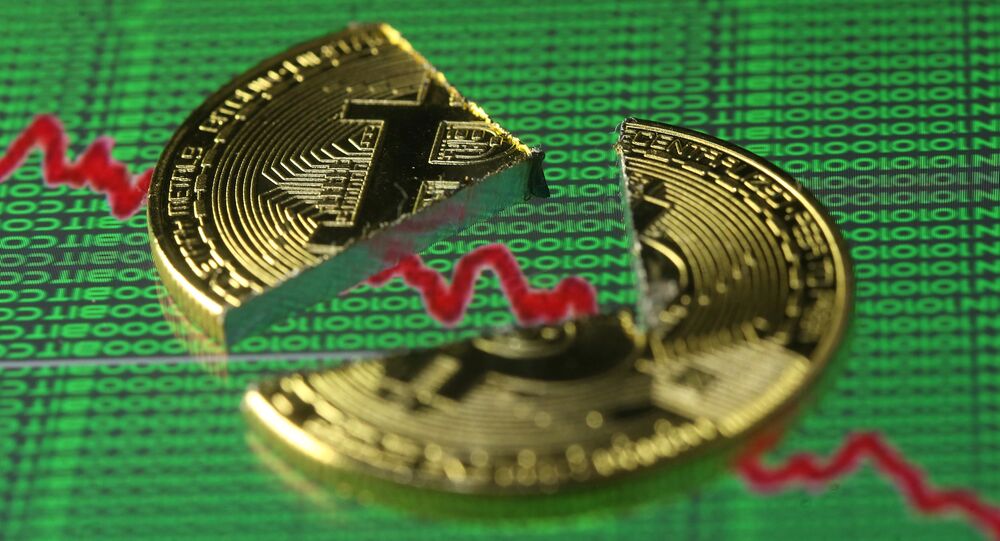 Self-appointed troll "detectives" from the recesses of the Russian internet say they've discovered the true identity of Bitcoin founder Satoshi Nakamoto, posting a screenshot of the mysterious figure's face online.

Bitcoin, the digital currency which has been on a rollercoaster ride of explosive growth followed by spectacular collapse over the past few weeks, has rocked the financial world, making and shattering fortunes in an instant and leaving analysts concerned that the Bitcoin craze is all just one big speculative bubble.

Eight years have passed since the decentralized cryptocurrency's introduction, and probably biggest mystery surrounding it is still the true identity of Satoshi Nakamoto, the pseudonym used by its founder or founders. Now, Russian trolls say they have uncovered the digital currency pioneer's true identity, posting a screenshot of the shadowy figure they say is Nakamoto online.

"The founder of Bitcoin, Satoshi Nakamoto, becoming the richest man on the planet, has finally appeared in public."

The image immediately led a stream of users born after the year 2000 rushing to try to figure out the identity of the man in the photo. But older users instantly remembered him as Sergei Mavrodi, the infamous conman and founder of MMM, a pyramid scheme which wiped out the savings of millions of Russians in the mid-1990s.

Established in 1989 as an office equipment importer, MMM switched to full-time Ponzi scheming in 1994. Mavrodi, a mathematician and programmer by trade, set up his MMM pyramid promising fantastical yearly returns of up to 3,000%, leading upwards of 10 million Russians, struggling to make ends meet in the economic chaos following the collapse of the Soviet Union, to put the last of their savings in the scheme.

© AFP 2021 / Justin TALLIS
Bitcoin Rollercoaster: What Happened, and Why?
The scheme attracted an estimated $15 billion in cash from unwitting investors and short-term speculators before the Russian government intervened, listing MMM as an illegal issuer of unregistered securities and charging the company with tax evasion. The chaos in the aftermath of the company's downfall led to mass protests, lawsuits, and even threats of self-immolation. MMM declared bankruptcy in 1997 and Mavrodi went on the lamb, creating several more pyramid schemes, including an online scheme called "Stock Generation," until his arrest in 2003. In 2007, he was sentenced to four and a half years in a penal colony. Released in 2011, he started up several new classic pyramid schemes, in Russia, India, and China, and has attempted to expand into Europe and the Western Hemisphere.

In the run-up to Bitcoin's spectacular rise and fall this month, several blog writers and forum users actually compared Bitcoin to Mavrodi's scheme, or suggested that Bitcoin's rapid rise earlier this month was driven by the Russian conman's efforts.