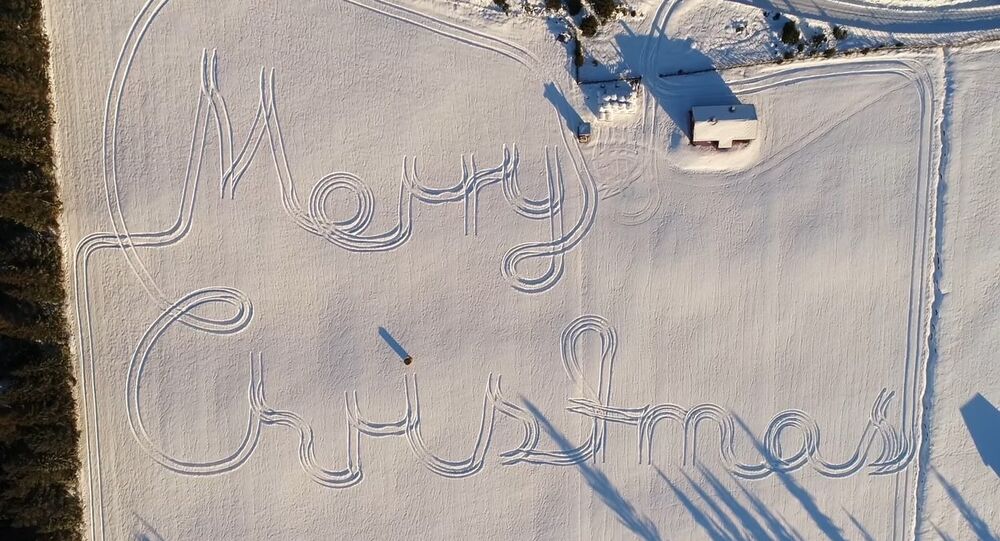 A Norwegian farmer and drone photography aficionado, who happens to be a real ace when it comes to driving, has engraved a gigantic holiday greeting in a snow-covered field, using his trusted tractor.

Last year, Vemund Hagen, a native of Nord-Fron i Gudbrandsdalen, carefully drove his tractor over a snow-covered valley to produce a Christmas greeting in Norwegian.

This year, he decided to top the feat in English to appeal to a broader public. Repeating the Christmas greeting in English, however, proved to be way more complicated and required a lot more practice and precision.

"Of course it's much more difficult to write Merry Christmas than God Jul," Hagen told national broadcaster NRK. "So we had to work on it.

After some practice, which involved four test runs, Hagen and his friend Ivar Brandsvol found a pristine field in Vinstra, Telemark, which ideally suited their message, and got down to work, releasing a video of their exploits on YouTube.

The message was recorded in the afternoon using a drone, with the descending sun making the contours even more appealing. To ensure an international chime, the two added background music by US country star Whitney Wolanin.

At present, the inventive Norwegians are pondering what language to choose for next year's greeting.

"Japanese is unlikely, the way it looks like," Hagen laughed.

Hopefully, the weather will allow for the meticulously carved greeting to stay unspoiled until Christmas.