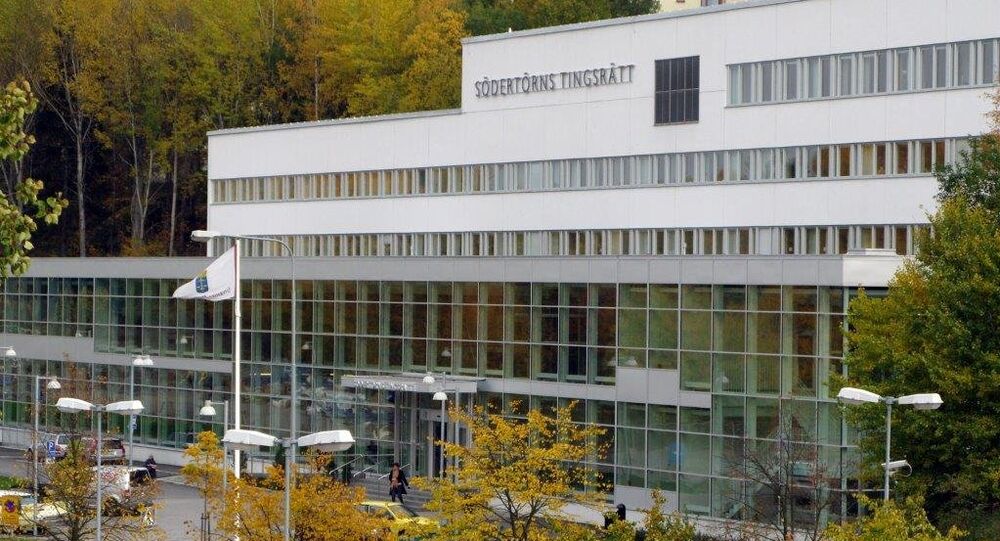 A Swedish court's decision to acquit five men of immigrant backgrounds accused of a gang rape in the Stockholm suburb Fittja for lack of alleged evidence has sparked an emotional outburst across the Nordic nation.

The 30-year-old victim claimed she was assaulted and raped by up to ten different men for four hours in a doorway. At the scene of the incident, there were up to 20 men who filmed the incident and laughed.

The acquittal of five immigrant men, three of whom were charged with aggravated rape and two with complicity in rape, also means that they won't have to pay any damages, which has triggered strong reactions.

The three men admitted to having sex with the 30-year-old woman, yet insisted it was strictly consensual. The two men acquitted of complicity were previously accused of filming the incident, which took place in the Stockholm suburb of Fittja in the summer of 2016, but despite extensive searches no evidence could be found.

© CC0
Sweden to Introduce 'Careless Rape' Law in Hope of Stopping Sex Assault Problem
Although a court found that the woman had sustained injuries in the form of skin discoloration and scrapes, their origin could not be established. Senior Judge Erica Hemtke also criticized the investigation, stating that the charges were built on faulty grounds, despite torn clothes and sperm presented as evidence.

The woman's defense lawyer Elisabeth Massi Fritz, a renowned campaigner for women's rights, slammed the ruling, calling it an "embarrassment."

"The verdict is an embarrassment for our legal system. No perpetrators should escape such a cruel and ruthless gang rape. This is the worst gang rape I have worked on in 26 years," Elisabeth Massi Fritz said, as quoted by the Samtiden website venturing her client had not been given a fair trial. Massi Fritz said she would not give up and pledged to appeal the verdict to the court of higher instance.

So this just happened today in Sweden.

3 men have just been freed for a brutal attack where 20 men gang raped a woman in no go zone Fittja.

It's not a question whether they did it or not. It was all caught on film.

Yet they were freed.

The woman had big injuries afterwards.

​The woman claimed to be "very disappointed" over the not guilty verdict and said she felt "deprived of her rights," adding that the judge interrupted her several times, not allowing her to speak, unlike the accused.

Previously, strong criticism was directed at the media's coverage of the case, as a 23-year-old suspect was interviewed by the media, which also put an emphasis on the victim's drug problems.

​Following the verdict, demonstrations were arranged in several places across Sweden, including Fittja, Stockholm and Malmö in support of the woman and in protest of sexual assault. The participants, who demanded more severe punishment for rape, more skilled politicians and a minister charged with stopping sexual violence, sported placards with inscriptions such as "Society is failing, the law is evading, but we are here — the people."

"In 35 years as a police officer I've never seen such brutality."
"In 26 years as a lawyer this is the worst rape I've come across."

We opened our hearts but are being stabbed in the back & kicked in the head.#Fittja #Malmö #säkpol #svpol#Trump #Migration #MeToo pic.twitter.com/RxthU9GARS

​Sara Wettergren of the Liberal Party said she never thought she would have to protest gang rape in her hometown of Malmö.

"If Sweden's image as the world's most equal country has not cracked before, it certainly did today after the Fittja verdict," Wettergren told the Sydsvenskan daily.

Previously, the Malmö police retracted their advice not to go out alone after dark, which they had issued after a series of sexual assaults, including a brutal gang rape of a 17-year-old girl, which included torture. Police spokesman said the advice was "unfortunate and unclear."

There is one thing I find infuriating in Sweden.

Whenever a rape or other serious crime have been committed, the police never give any meaningful description of the suspect.

In Stockholm the police have gotten orders to not give descriptions because it might be "racist".