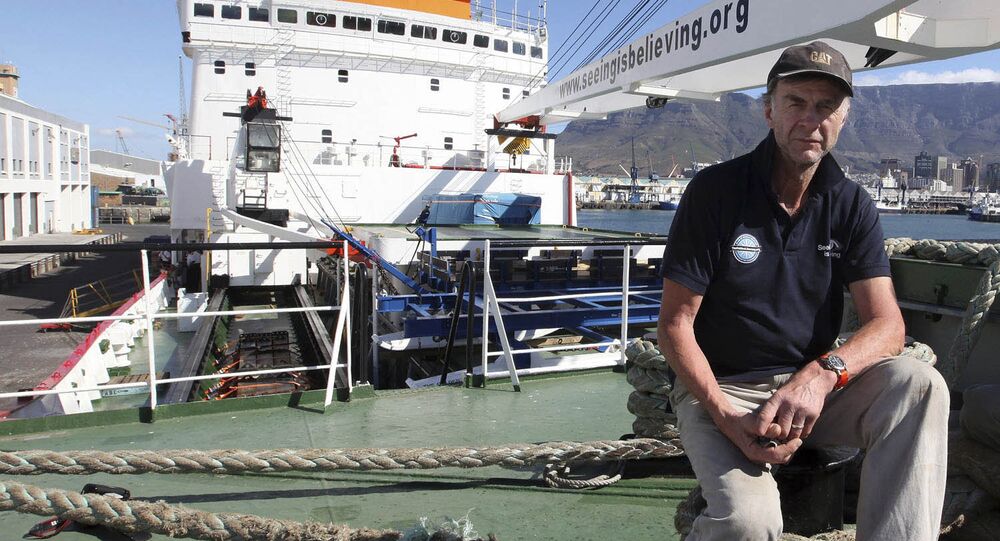 A famous British adventurer has revealed surprising details about the incident that had led him to amputate five of his fingers.

Speaking to The Telegraph, Sir Ranulph "Ran" Fiennes explained that he decided to amputate his frostbitten fingers, following gentle criticism of his pain-driven mood swings from his wife and fellow explorer Ginny.

"My wife said I was getting irritable, so we decided we would try to cut them off with a Black and Decker and a saw," the 73-year-old explorer said.

Fiennes, who was the first man to completely cross Antarctica by foot, suffered severe frostbite, while trying to walk alone and completely unsupported towards the North Pole in 2000.

During the expedition, his sleds fell through the thin ice and Fiennes had to reach into the sea, having removed an outer glove, in order to retrieve them.

Upon retrieving the sledge, the former SAS officer found that he has suffered an extreme case of frostbite.

"My fingers were ramrod stiff and ivory white," he said.

"They might as well have been wood…. I had seen enough frostbite in others to realise I was in serious trouble. I had to turn back."

© Photo : Library Of Congress/George Kennan
Russian Empire in Portraits: Different People Captured by American Explorer (PHOTOS)
He was subsequently airlifted to a Canadian hospital, though the damage to the flesh was irreversible.

The surgeons urged him to wait five months before undergoing amputations, so that the partially-damaged tissue would heal minimizing the invasiveness of the procedure.

"Over those five months, if you touch anything with the dead bits it goes right down to the nerve endings and it's very painful," Fiennes previously told BBC Radio 4's Today program.

Apparently his wife's comments were the last straw for the Guinness World Record holder, who performed the surgery on himself using a saw and a vice.

The incident, however, did not stop Fiennes, who subsequently completed seven marathons in seven days on seven continents as part of Land Rover 7x7x7 Challenge for the British Heart Foundation.

In 2013, he suffered from frostbite to his damaged hand once again, when training for yet another Polar expedition.

Fiennes had to remove his gloves in order to fix a ski binding in temperatures of about —35C.