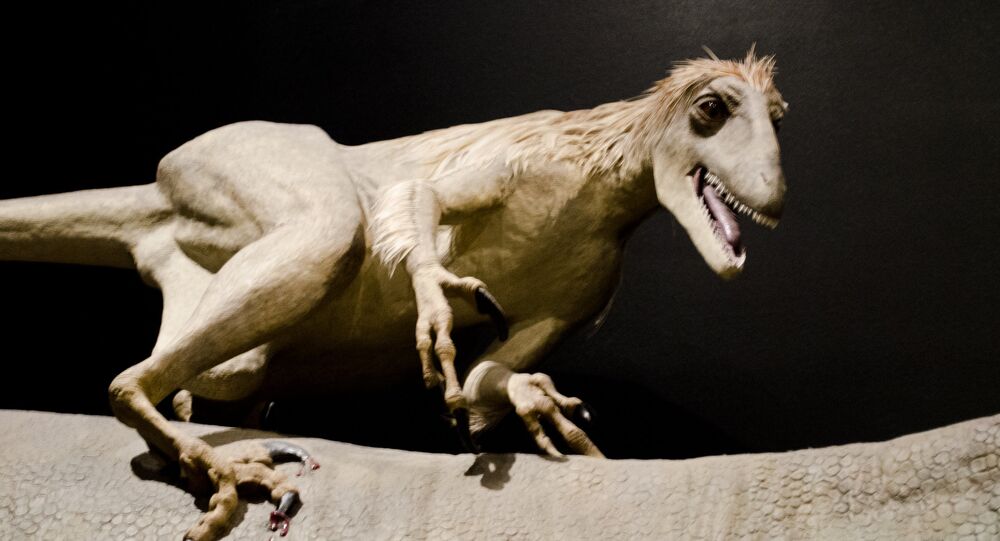 Scientists seem to have yet no clue which creature the remains, accidentally spotted by an Indian electrician, belong to.

The partially preserved corpse, resembling a small dinosaur, had been found in Uttarakhand, India, and promptly sent in for carbon testing, which will determine its exact age.

The baffling creature is supposedly a theropod, a suborder of dinosaurs ranging from the T-Rex to the Anchiornis in size.

Paleontologists increasingly share their puzzlement over the discovery, saying a dinosaur couldn’t have been preserved to such an extent after so many years. A number of them even suggested the corpse had been chemically treated to be stored in a museum, but the question still arises how it ended up in an electric substation, where it was recently unearthed by the staff.

Meanwhile, new research has revealed that the world's largest dinosaur tracks, those of a so-called sauropod, were left 150 million years ago. The trackway, which has been studied for over eight years now, covers a sprawling area of more than 150 meters and lies in the French village of Plagne, in the Jura Mountains.