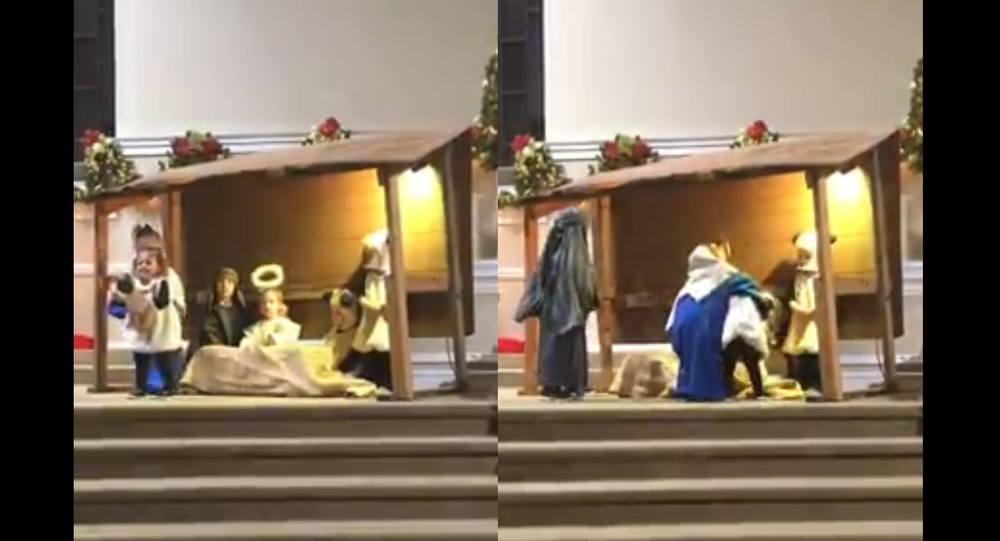 They say Jesus had hair like wool, so maybe this two-year-old sheep mistook Christ for a long-lost cousin.

An East Tennessee nativity pageant at First Baptist Church of White Pine took an unholy turn after one two-year-old sheep decided to swipe the son of God from the manger.

Tana Benson, mother of the sheep, took to Facebook to share footage of the hilarious mishap, saying, "My little sheep took the baby Jesus, breaking all the rules leaving poor little Mary no choice but to take action! Momma to the rescue tried her best to protect her baby at all costs. Definitely a program I will remember. LOVE these kiddos and my church family! Laughed so hard I cried!"

In the video, three-year-old Mary, without the help of Joseph, springs into action after the little lamb attempts to steal the spotlight and her newborn. Unfortunately for the Mary, this stubborn sheep isn't one to take no for an answer.

It's then that the performance takes a wild turn as Mary puts the thief into a headlock and an adult is forced to step in before the Mother of Christ makes mutton of her co-star.

Fret not though, because according to Benson, both children were unscathed and still remain friends in spite of their pageant disagreement.

It's a Cracker! UK Premier May Becomes Butt of Christmas Joke of the Year

What a Fallacy! Here is Why Christmas Lights Look Weird on Palms (PHOTO)