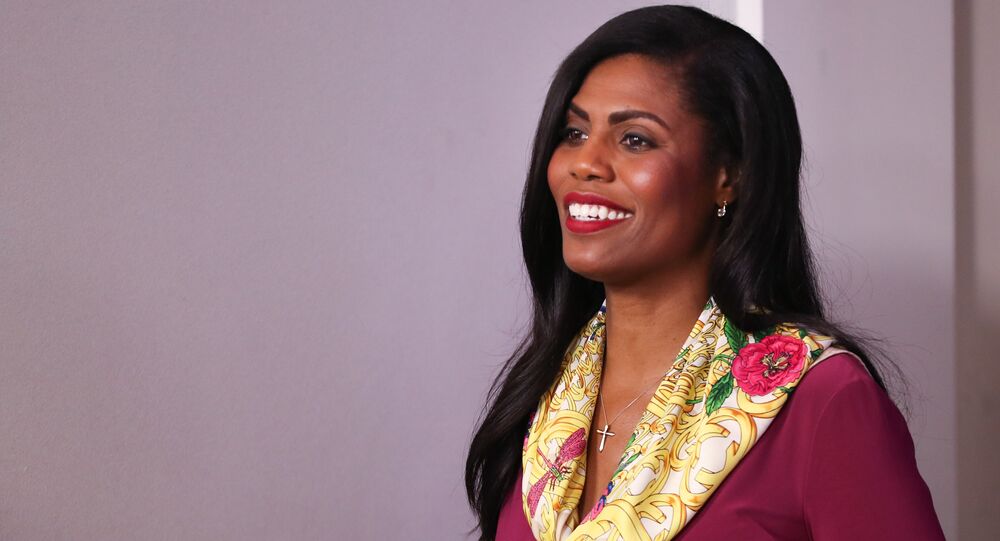 During Thursday's episode of "Good Morning America," ABC's Robin Roberts had a few things to say about Omarosa Manigault Newman, who is departing from her role as director of communications for the White House Office of Public Liaison.

"She said she has a story to tell, I'm sure she'll be selling that story," Roberts told her colleagues on air, before invoking the classic two-word diss, "Bye, Felicia."

​Robert's comments came moments after an interview on Omarosa's expulsion from the White House aired during the show.

But despite Omarosa's claims that she has "quite a story to tell" about her months-long stint in the White House, the social media realm was shook by Robert's use of the re-popularized saying.

​Even Whoopi Goldberg, a co-host of "The View," had a little something to say on the shady moment.

"I hope you find your people because maybe they're looking for you," Goldberg said of Omarosa. "She's just been so nasty to so many women, and so many women of color."

This is the fourth time that the 43-year-old Ohio native has been fired by US President Donald Trump. She was previously given the boot by the commander-in-chief during her time on Trump's "The Apprentice" in 2004 and twice on "The Celebrity Apprentice," in 2011 and 2013.

According to reports from CBS, Omarosa allegedly set off alarms at the White House in an attempt to enter the residence after Chief of Staff John Kelly informed her of her dismissal.

​Omarosa, whose resignation is effective January 20, is just one of many White House staffers that failed to last a year in their respective posts. The list includes the likes of Reince Priebus, Anthony Scaramucci and Sean Spicer.