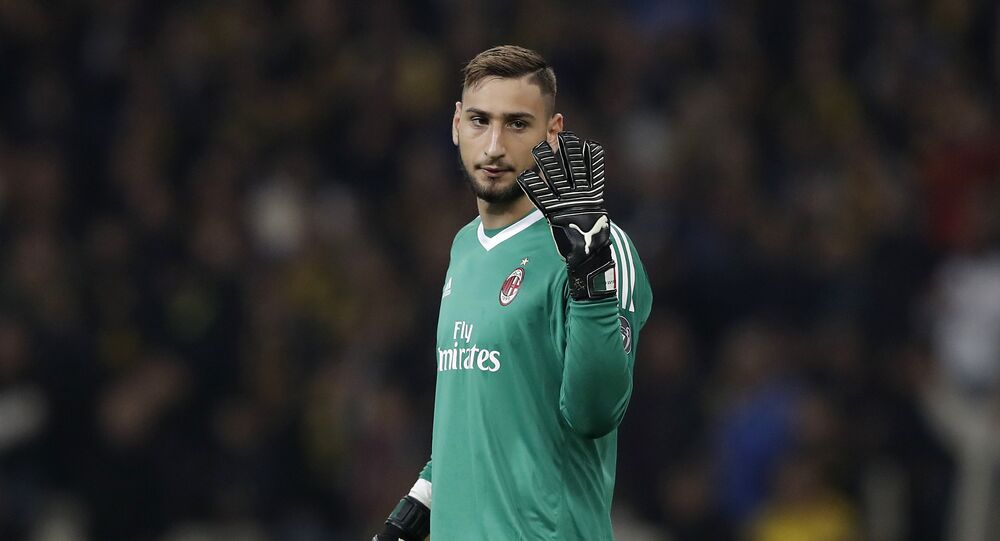 Gianluigi Donnarumma, a goalkeeper for Italy’s A.C. Milan was upset when club supporters unveiled a banner demanding he leaves the club.

On Wednesday evening, before Milan faced off against Verona in the Italian Cup quarter-final game at the San Siro stadium, Milan fans stretched out a huge banner addressing the team's goalkeeper Gianluigi Donnarumma. The banner, which read: "Psychological violence by giving you €6m a season and signing your parasite brother? It's time to leave… our patience with you is over!" brought the 18-year-old pro player to tears.

"Psychological violence by giving you €6m a season and signing your parasite brother? It's time to leave… our patience with you is over!”

AC Milan fans are not holding back with Gianluigi Donnarumma 😳

When the players returned from their pre-match warm-up in the changing room, Donnarumma, baffled by Milan fans' protest, was consoled by team's captain Leonardo Bonucci in the dressing room, as seen in a video shared across the web.

In the spring of 2017, Donnarumma didn't want to extend his contract with the club, intending to leave for Juventus or Real. However, he later committed to A.C. Milan until 2021 on improved terms, which explains the actions of the supporters. The "parasite brother" refers to the goalkeeper's elder sibling Antonio, who has moved on a permanent transfer from Greece's Asteras Tripolis in the summer but hasn't yet played this season.

World Cup in Russia: 'I Don't Care About Politics, I Want Football' - Fan