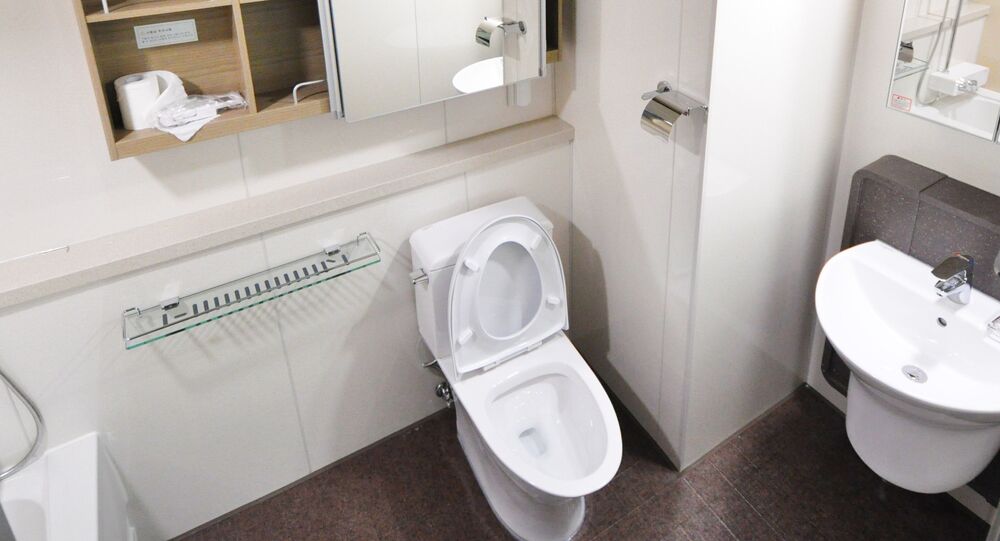 A British YouTuber who previously got his head literally cemented inside a microwave oven, has now managed to get his skull stuck in another home appliance.

Jay Swingler, a 22-years British prankster and one of the authors of the YouTube channel TGFbro, managed to glue his head inside a toilet bowl less than a week after a crew of firefighters extricated his noggin from a microwave full of wet cement.

The prankster also specifically pointed out via the title of the video itself that this time "emergency services didn’t come."

Several days prior to this stunt, Swingler took part in a much more dangerous prank by sticking his head wrapped in a plastic bag inside a microwave oven and filling the latter with wet cement.

After failing to free him, the prankster’s friends dialed emergency services, and it took a crew of firefighters almost an hour to rescue Swingler from his predicament.

Facing a barrage of criticism on social media for his reckless actions, the prankster recorded a video response in which he agreed that he “should definitely be fined” for effectively forcing firefighters to come save him, "just like the people who get into drunken fights on a weekend and have to use the emergency services’ time."

An Ass in a Hat! Diver Captures Least Expected Thing to Stumble Upon in the Sea

Chinese Daredevil Accidentally Plunges to Death While Filming Himself