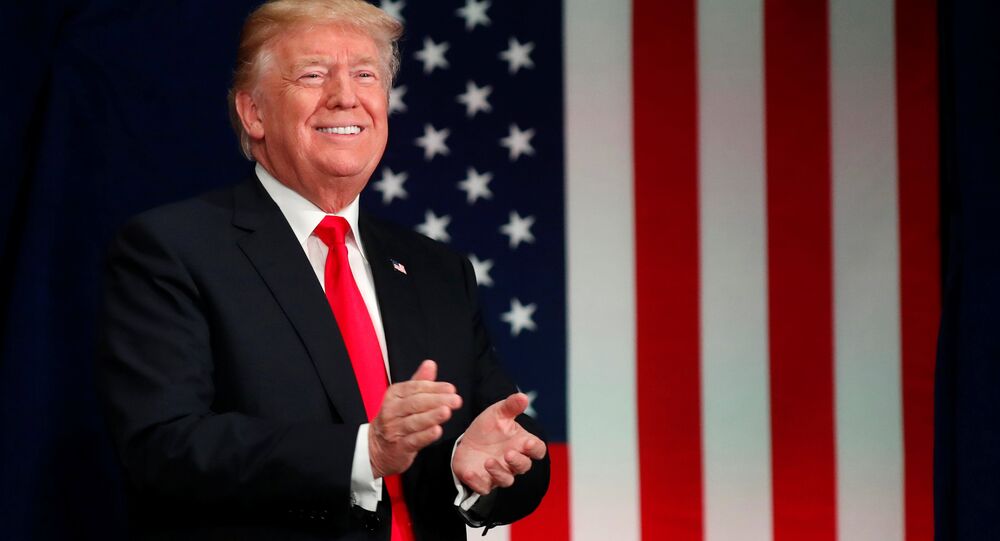 The Language Council of Norway has voted "falske nyheter" ("fake news") the new word of the year in Norwegian. None other than US President Donald Trump was credited with the avalanche-like spread of the notion.

The expression, which in recent months rose to prominence across the globe, has edged out other popular neologisms such as "fidget spinner" or "lillavelger" (literarily: "purple voter," one oscillating between liberal and conservative parties, traditionally designated as red and blue in Norway).

"The word is not exactly new, but its use has exploded over the past year," language researcher Ole Våge, a senior advisor to the council, told national broadcaster NRK. "'Fake news' was the most used new word amongst this year's candidates [in the Norwegian general election]. The phrase reflects the fight for truthful news in public debate in a completely new way, both in Norway and elsewhere in the world," Våge explained.

© AP Photo / Kicki Nilsson/Max Strom
Sour Swedes Strike Back at Trump With 'Last Night in Sweden' Photo Book
Fellow language researcher Bente Karlsnes concurred that "fake news" set the agenda for and gained a lot of attention during the 2016 US presidential election, yet stressed that the international use of the phrase has expanded ever since. The use of the phrase "fake news" has increased by 365 percent since 2016, peaking at 4,450 articles compared with last year's 661.

However, the delight was far from unanimous, as the editorial board of the independent fact-checking portal Faktisk.no claimed the phrase was misused by the US President.

"Indeed, the expression has become well-known over a short period of time, but at the same time it has been twisted and destroyed by the American President. Donald Trump uses it to describe real news he does not like," Faktisk.no head Kristoffer Egeberg said.

Every year, the recipient of the award is chosen by the Language Council of Norway in collaboration with Norwegian School of Economics professor Gisle Andersen. The word can either be completely new, or a simply a recently coined or revised word that has characterized the year. Data from major national and regional newspapers is used in the process of selecting the word.

This year, other notable runners-up to "fake news" were "svenske tillstander" ("Swedish conditions," a tongue-in-cheek reference to Sweden's integration struggles, mostly used by anti-immigrant politicians), "plasthval" ("plastic whale", used in reference to the whale found dead with its belly full of plastic debris) and "imamsleiking" (literarily: "imam-licking," a phrase coined by Immigration Minister Sylvi Listhaug implying that some of her colleagues flirt with Muslims voters).

Despite thousands of hours wasted and many millions of dollars spent, the Democrats have been unable to show any collusion with Russia — so now they are moving on to the false accusations and fabricated stories of women who I don’t know and/or have never met. FAKE NEWS!