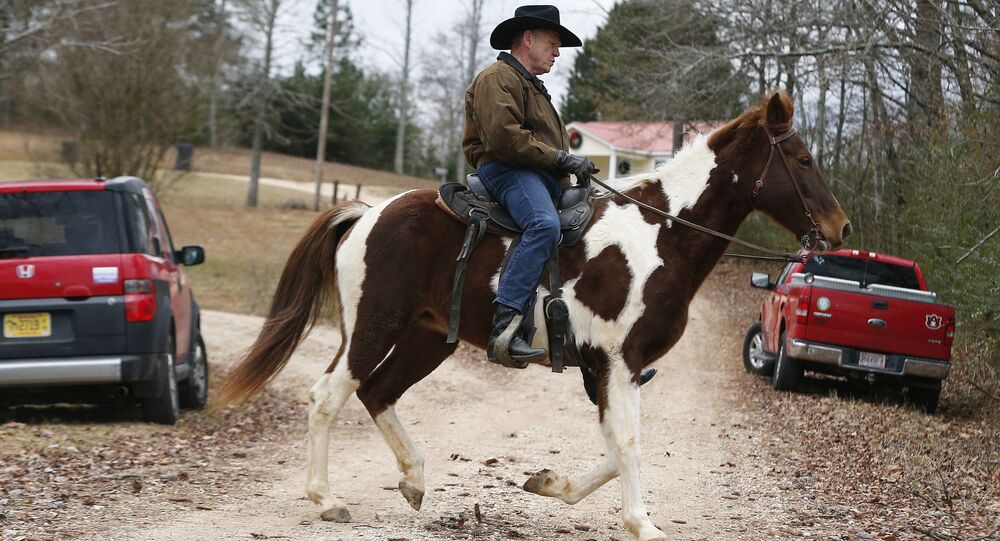 Taking Sassy to the next level, US Senate candidate Roy Moore displayed his machismo, arriving in Gallant, Alabama, on horseback Tuesday morning to cast his ballot in the state's special election.

​Opting for the "zero emissions" mode of transportation, the 57-year-old Alabamian galloped in on his horse, who shares the name of a classic 90s magazine that also targeted teenage girls.

​But this wasn't Moore's or Sassy's first rodeo.

​The two made an appearance together back in August during the state's Republican primaries, The Week reported.

"I've done it every year," Moore told reporters in August. "I think it's a good thing to do. I won last time I rode a horse and I think maybe… have good favor."

​However, regardless of tradition, netizens were not there for Moore's horseback adventure.

​Moore, a GOP favorite, is going up against Democratic challenger Doug Jones to take the Heart of Dixie's Senate seat left vacant by Jeff Sessions, who became attorney general of the United States in February.

The Gadsden, Alabama native has been at the center of sexual misconduct allegations dating back to when the official was in his 30s. According to reports first published by the Washington Post, Moore repeatedly engaged in inappropriate behavior with teenage girls.